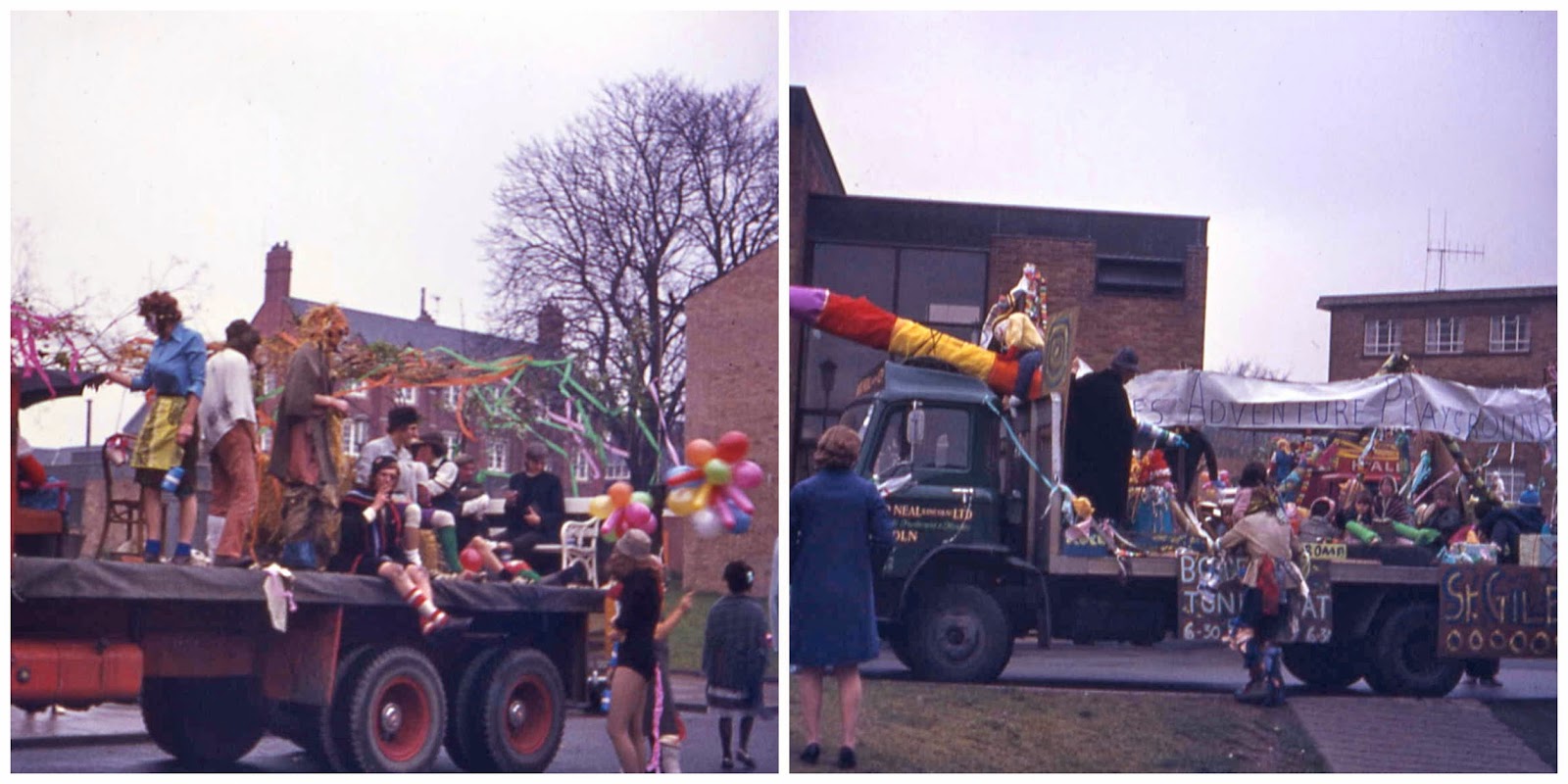 The earliest pictures in my album of a carnival or float are actually of my Great Aunt Maude in 1909. It’s a wonderful image but as it has already featured in my blogposts twice I’m moving further forward in time to Lincoln, England in 1971. It was the college ‘Rag Week', as far as I remember, and these were my hurried snaps of a couple of the floats. I’m afraid my memory of the event is as hazy as the images. They’re very much of their time with students dressing up as all kinds of characters and it’s difficult to see what the theme of the floats is. I’m sure we all had a lot of fun. According to the Oxford English Dictionary the origin of  “ ‘Rag' is from the act of ‘ragging’; especially an extensive display of noisy, disorderly conduct, carried on in defiance of authority and discipline.”

Further forward in time to 2001 and we’re on holiday in Cyprus during Mardi Gras festivities. The floats were somewhat more professional than the attempts of the 1971 students and it was an unexpected treat during our week’s break in the sun.

Finally, more recent images of the carnival parades here in Lanzarote over recent years. Carnival in the Canary Islands is a big event and the television channels carry coverage from all the islands over a number of weeks. Here in Lanzarote all the towns have their parade on designated days and sometimes it seems to be going on forever. Our favourite float was the magnificent steampunk design which won first prize in the parade in Arrecife, the capital, where the huge carnival parade culminates in the ceremony of The Burial of The Sardine. Here’s a post which describes some of the possible reasons for this weird celebration. Even Goya depicted it somewhere between 1812-1819. 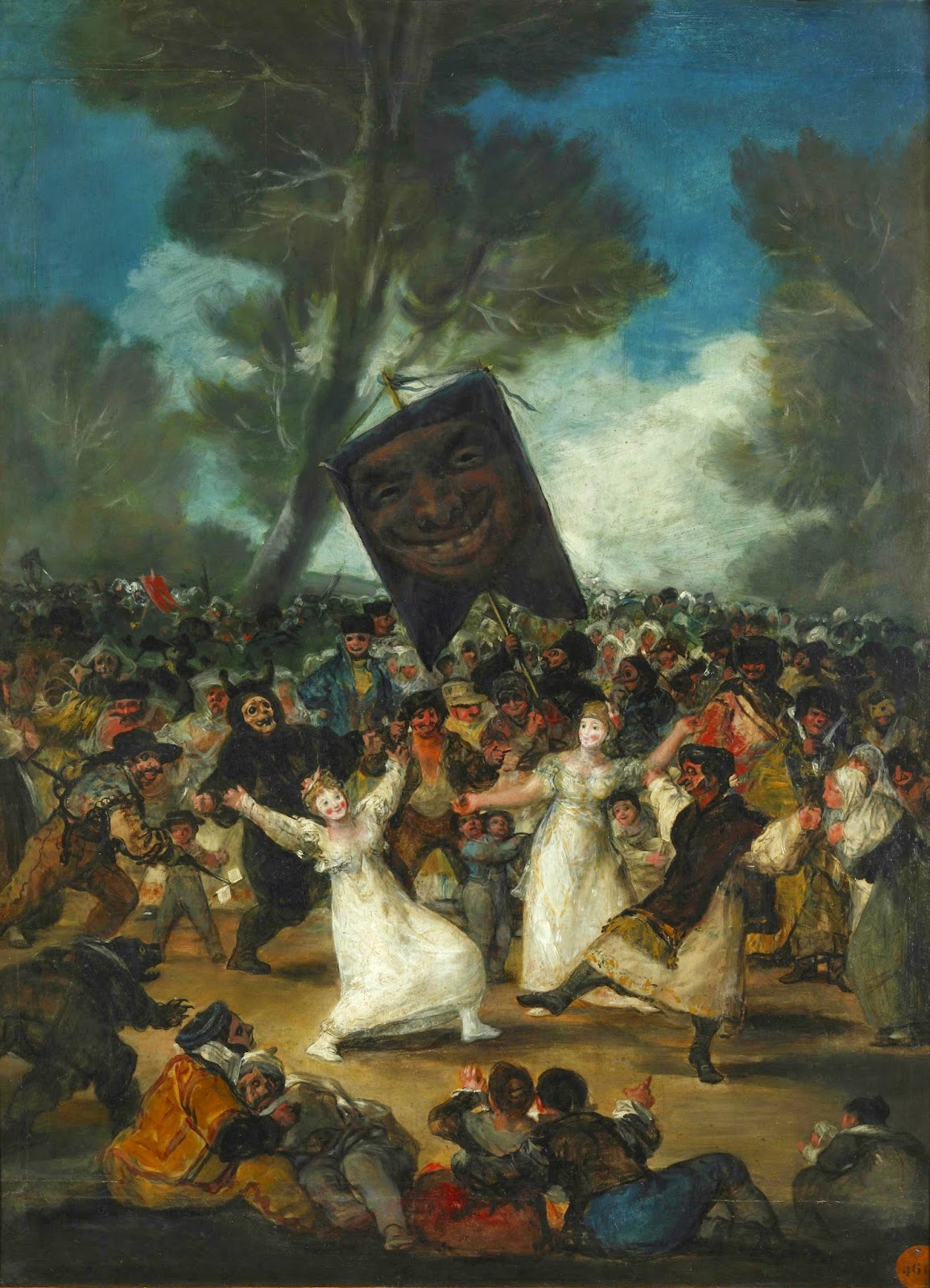 Goya scholar Fred Licht writes about it in the Wikipedia entry  and states:

“We have arrived here at the perfect balancing point between the early tapestry cartoons and the later Black Paintings.All the riotous gaiety of the former appeals to the eye from the surface of the painting. But in the darkening of the colors, in the masklike ambiguity of the faces... and especially in the overwrought gestures and expressions, one begins to feel the obscurely disturbing undertones of mass hysteria underlying the fiesta.”

So not much has changed then; lots of gaiety, overwrought gestures and expressions and plenty of hysteria in today’s carnivals too.

Join the parade over at Sepia Saturday where this week’s 1930 image prompted the above post.