Witty above her sex, but that's not all,
Wise to Salvation was good Mistress Hall,
Something of Shakespeare was in that, but this
Wholly of him with whom she's now in blisse.
Then, passenger, hast nere a tear
To weep with her that wept with all
That wept, yet set herself to chere
Them up with comforts cordiall?
Her love shall live, her mercy spread
When thou hast nere a tear to shed.

This week sees the anniversary of the baptism of Susanna Hall, daughter of William Shakespeare and Anne (nee Hathaway), on 26th May 1583, which that year fell on Trinity Sunday. The baptism took place like that of her father before her, in Holy Trinity Church, Stratford-Upon-Avon. Two weeks ago I saw her grave in the same church, alongside her famous father, mother, husband and other family members.


We also visited Shakespeare’s Birthplace, New Place, which he bought when he left the family home, and Hall’s Croft, the house Susanna shared with her respected physician husband, John Hall. I found the whole experience thoroughly enjoyable and educational. In Hall’s Croft are photographs of Susanna's and John’s epitaphs, which cannot be easily read in the church, as they are in front of the altar and sectioned off. 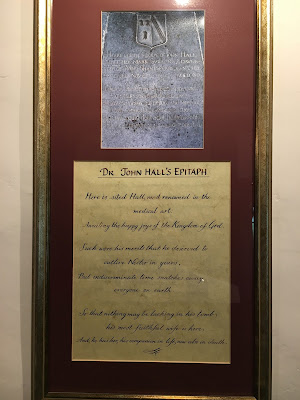 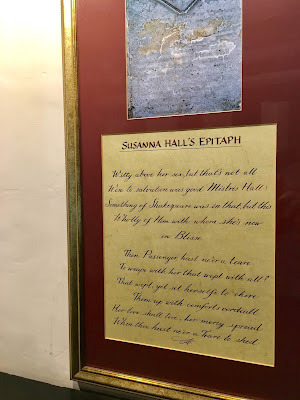 She seems to have been a good and trusted daughter, although her life was not without incident, as can be found by researching on the web. Below is a brief look at Holy Trinity Church, where the family graves are. For further pictures of the homes connected with Shakespeare, here are the links to my Flickr albums. 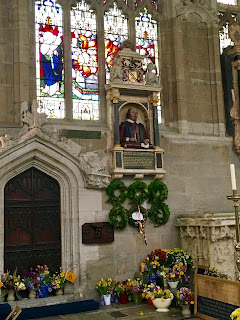 This is a Sepia Saturday post, as you don't get much more sepia than Shakespeare.
Posted by Little Nell at 12:48 6 comments:

The photo prompt for Sepia Saturday 6th May (Yes, I know, I’m a week behind!) was a menu card. I have rather a lot of these saved over the years from weddings, and ceremonies connected with Education or the RAF. So, I decided to choose just a couple which marked special occasions for my husband and me.


In 1973 I came to the end of three years teacher training and was duly invited to a ‘Going Down Dinner’ to mark the leaving of my cohort, to go on to the world of work or, like me, on to a further year’s study to obtain a degree. Here’s the menu from that event, on 22nd June 1973. Not a very exciting offering I think we can agree. 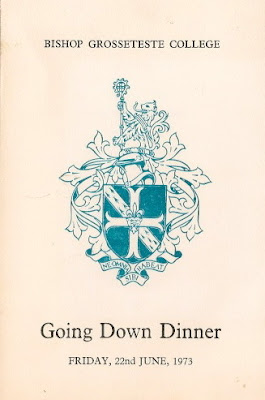 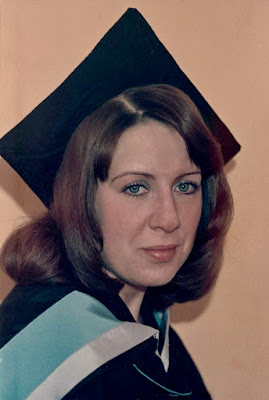 I didn't graduate until 1974, so my graduation portrait is a year after this celebration dinner. There must have been some sort of meal but I have no recollection of what. 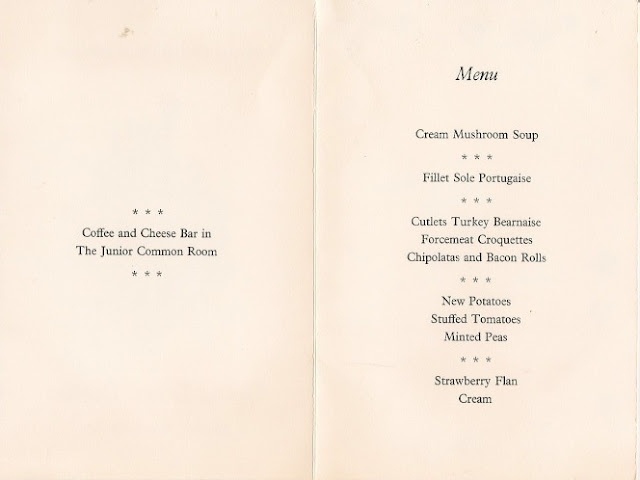 My husband-to-be had already graduated in a ‘Passing Out’ ceremony at RAF College Cranwell, to mark the end of his officer training. There was a rather nice lunch, which I attended, and is indeed the only souvenir we seem to have of the day, apart from a formal portrait of the cup winners. Here he is back right. 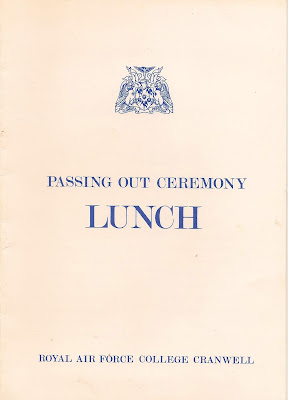 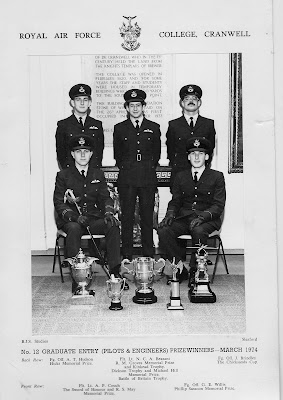 The menu was slightly more upmarket and made somewhat jollier by the addition of a glass or two of wine and some rather splendid band music to accompany it. 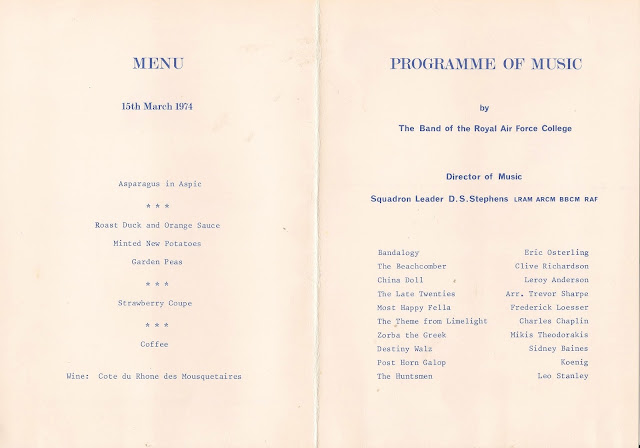 Join us for this week’s Sepia Saturday, where the theme has moved on from menus to the early days of cinema.