Let Us Sit Upon the Ground

“For God’s sake let us sit upon the ground and tell sad tales of the deaths of kings.” William Shakespeare, Richard II 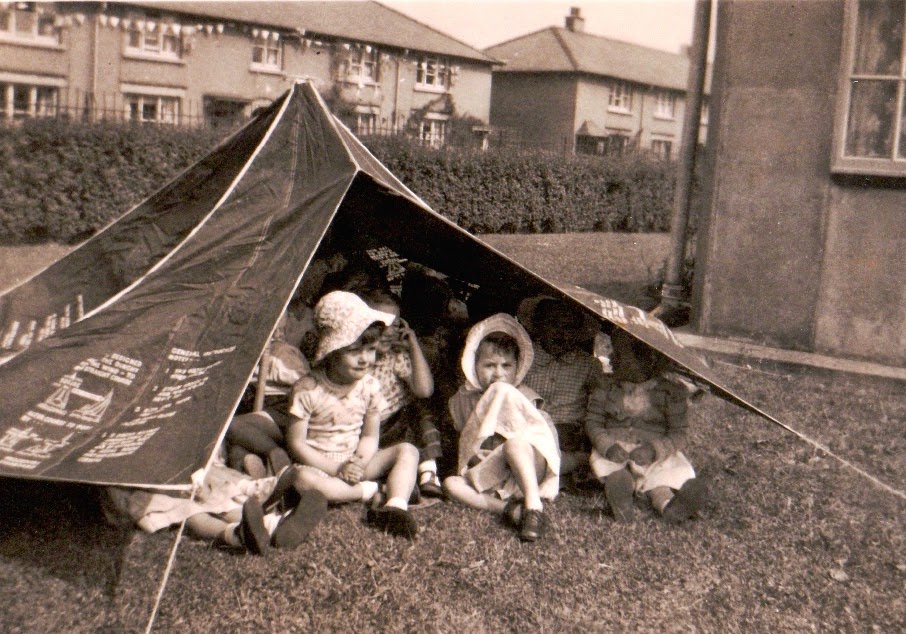 The little boy sitting cross-legged on the ground with hands clasped is my husband aged about three years at Willow Lane Nursery School, Lancaster. He and his little pals appear to be waiting for something, on what was obviously a hot day, (hence the tent). Perhaps it was the end of the Summer Term and the children were having some races; the tent could have been to keep them cool whilst waiting to take part in the ‘egg and spoon’. Who knows? My husband doesn’t remember and even the bunting on the houses behind the school, doesn’t help. This was the Summer of 1952 so a year too early for the Coronation. My husband has suggested that it was some local event, perhaps The Lord Mayor’s Parade or similar. What is certain, however, is that they were not telling sad tales of the deaths of kings, as in the quotation above. The family albums are littered with people sitting on the ground; picnics, gardens, beaches, to name but a few, and I could have produced an entire gallery. I opted instead for just one photograph and this one best matched the Sepia Saturday prompt picture, with its suggestions to; “Sit on the ground, hang out your flag, put on a silly hat ... and generally look pleased with the world.”

Join other Sepians this week to see what they made of the prompt.
Posted by Little Nell at 09:42