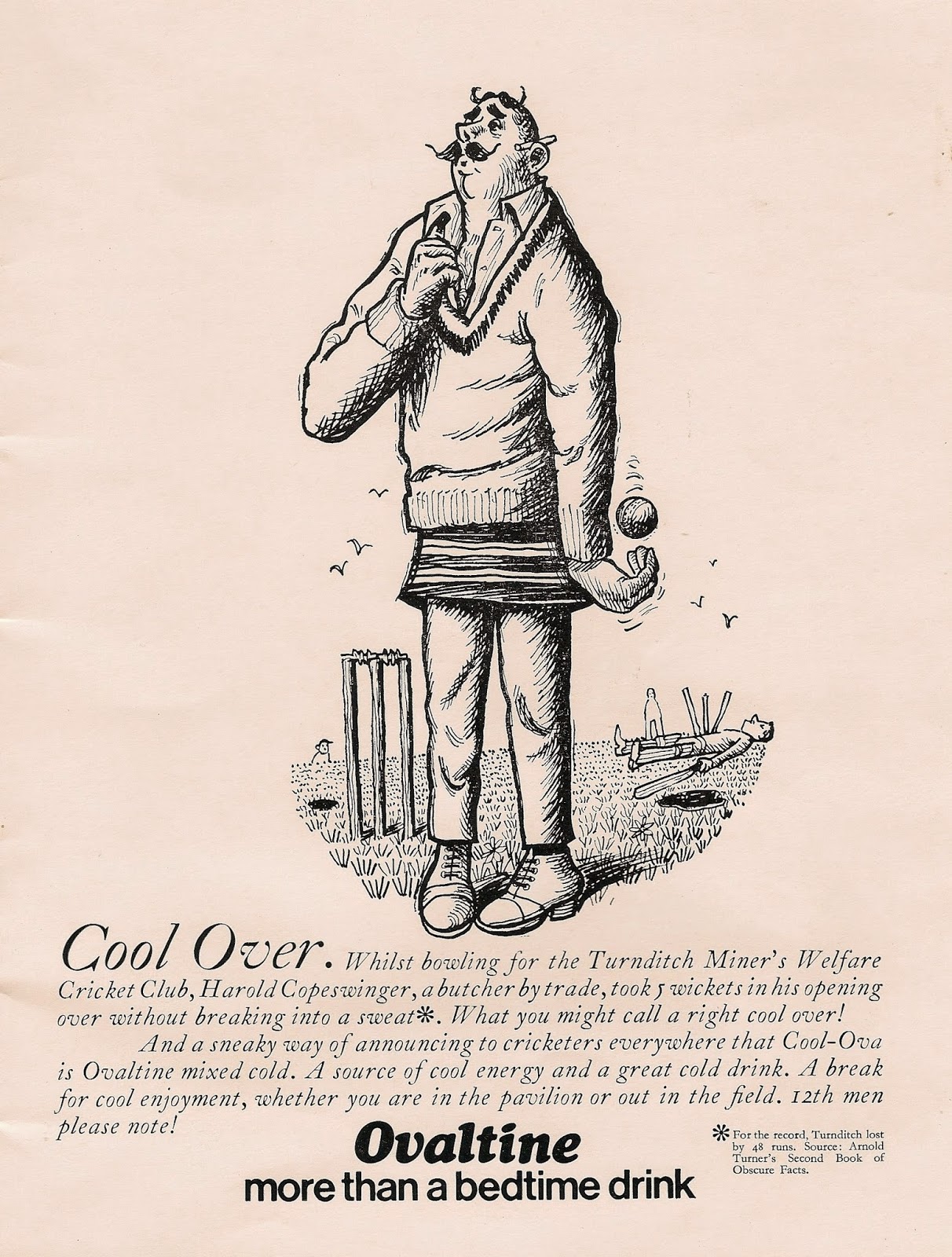 The adverts in this week’s post all come from my souvenir programme of a cricket match held at RAF College Cranwell in 1971, where several famous people were playing. I wrote about it here and put the whole thing in a Flickr album, where you can see even more adverts, and pictures, and read stories and anecdotes.

I like the whimsical humour and the dreadful punning style of the first image, even if it is a little laboured. The others in my selection are all on a cricket theme, where the advertiser chose to capitalise on the event (Haig Whisky missed a trick). They are interesting from a historical perspective too. The National Coal Board was later privatised and many mines closed over the subsequent years. 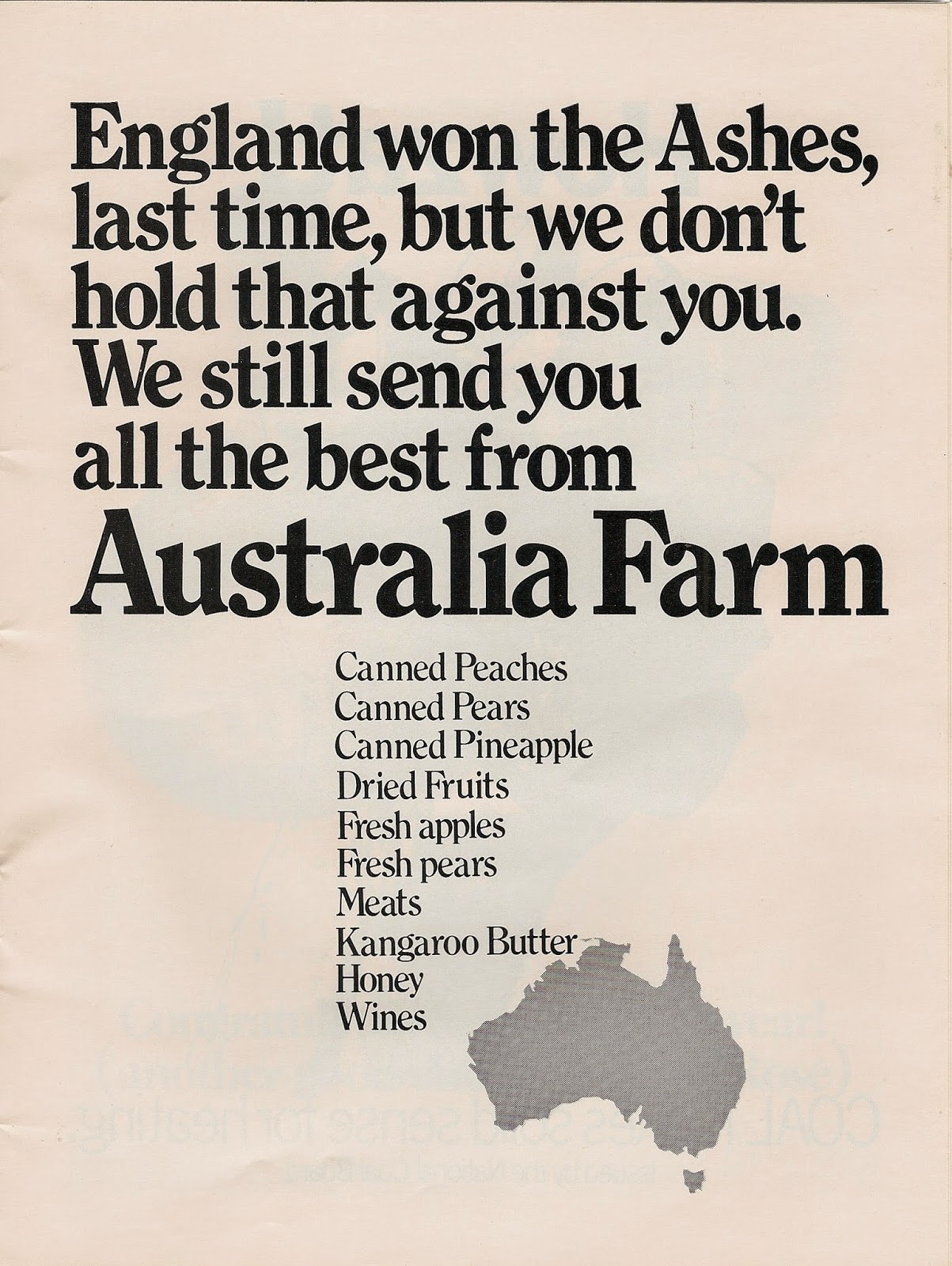 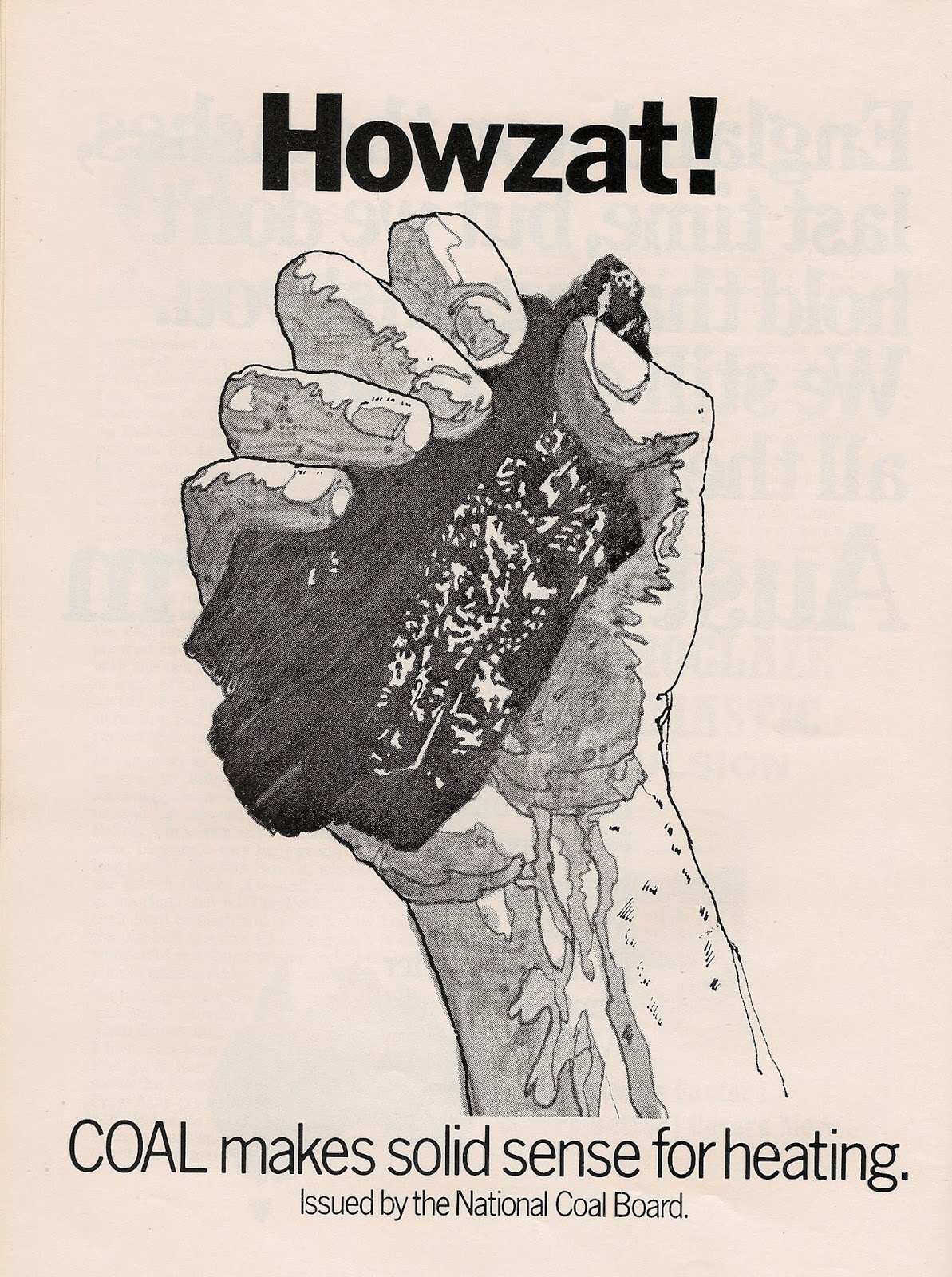 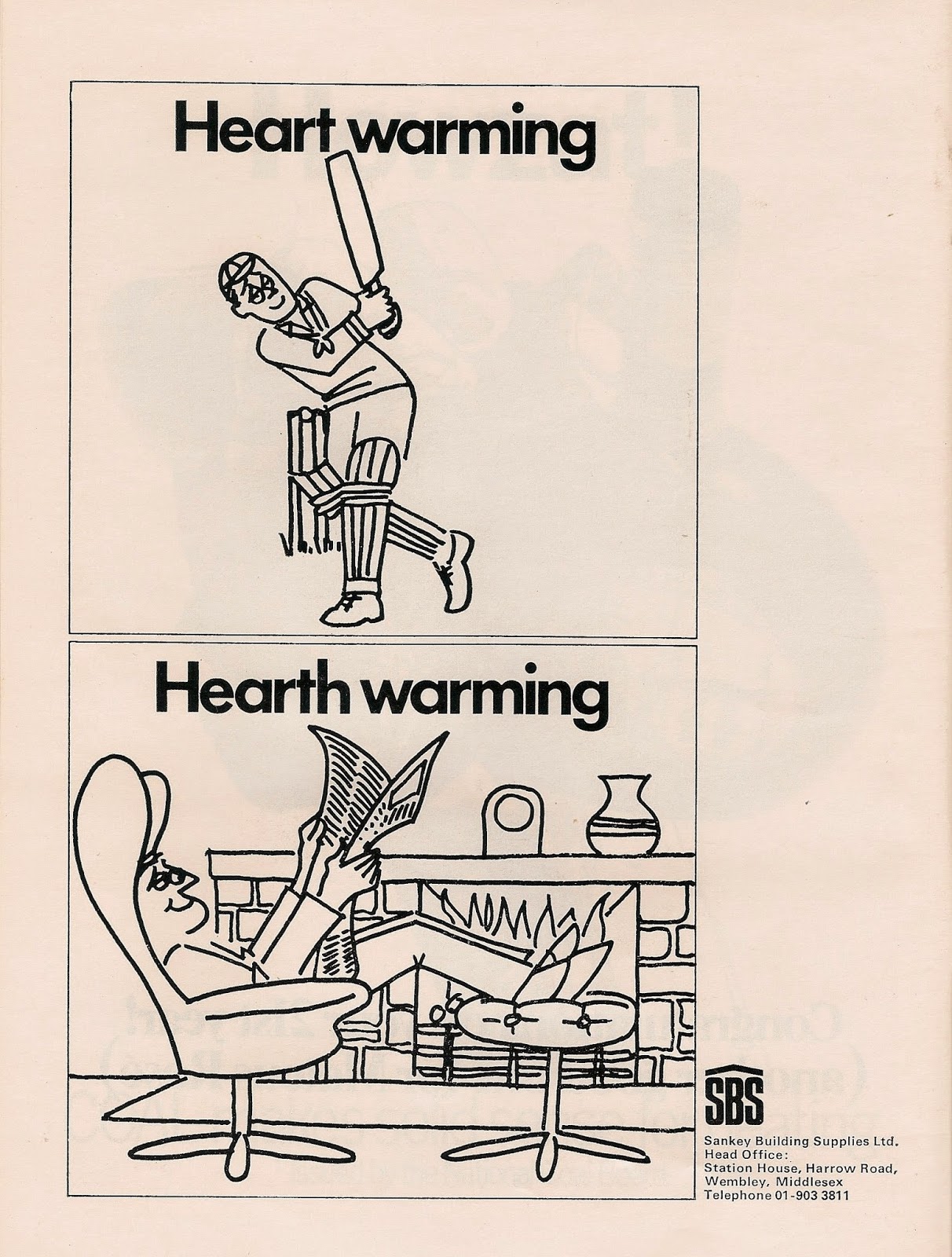 These days we would expect more details in the advert about the product and where to purchase it. I’m assuming that Australia Farm is some kind of co-operative, but the ad relies on the reader already having some knowledge of its services. I remember that in the 1950s my great-uncle in Victoria sent Christmas parcels of Australian dried fruits. After the war these products were scarce and expensive, and the parcel contained ingredients to make a Christmas cake.

At least SBS, the building supply company had the sense to include contact details.

This week Sepia Saturday has an advert from 1882 as the prompt. Join other Sepians there to see what they’re advertising this week.