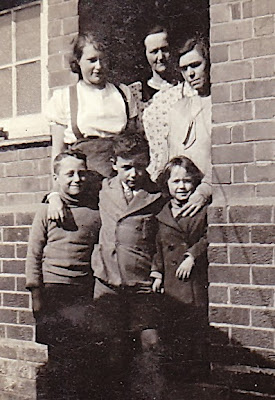 The youngster with the Marlon Brando gaze, is my Dad aged about eight or nine. He’s surrounded by assorted relatives, Mother, aunt, cousins, sister. I’ve no idea whose doorway this is, perhaps it’s his Aunt Sarah (Cis), the lady in the middle at the back. Cis is rather good at standing in doorways as regular readers will remember from ‘Open All Hours’, and now appearing in the soon to be published Sepia Saturday 200 book. I thought I’d used all my doorway pictures in that post and 'Doorstep Delivery’ (including the one below) but as luck would have it the one above magically appeared. 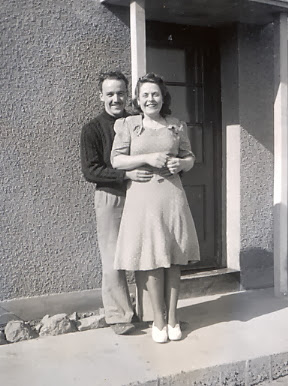 By 1950 Dad had graduated from Marlon Brando to David Niven/Errol Flynn, as he posed in a much happier mood, with Mum in front of their first real home together. Definitely a step up! When they married in 1942 they were both serving in the armed forces and even after demob they lived with my Grandma and Granddad until a council house in Nottingham became available to rent. I also lived in this house until we moved to Kendal in The English Lake District, when I was five.

There were to be many more doors for all of us over the next sixty years, and I’m pleased to say that they were all happy homes. It’s exactly one year since I last saw Dad, and he passed away a week later; I’m so glad that I have all these lovely photographs to remind me of him. Next week is also Mum's 93rd birthday and I’ll be flying to Nottingham and landing on her doorstep to give her a big hug. I’ll be back in a couple of weeks.

For more people framed in doorways step up to this week’s Sepia Saturday. There may be a Marlon Brando or David Niven caught by the camera.

The Sands of Time 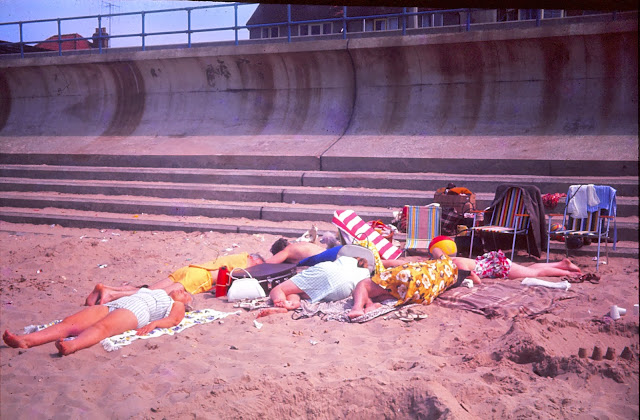 They look like the victims of an attack; bodies laid out on the sandy beach under the searing heat of the midday sun at Seathorne on the Lincolnshire coast in 1962. In fact it was a group of family and friends making the most of a sunny weekend and snapped by one of the party at the moment when they were all obviously overcome with exhaustion. In the shade of the red and white striped towel sits my little dog, Kim, the only one who has remained wide awake, and with his attention caught by something in the distance. 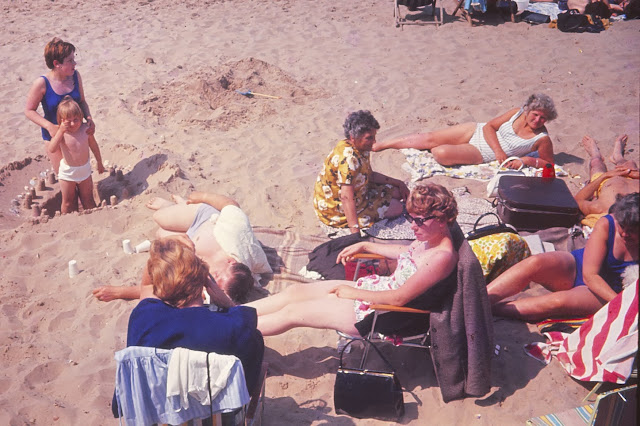 A little later and most of the adults have stirred, although one or two are still napping. My mother is tending to the dog, who was still only a puppy. This time it was me whose attention was on something far more interesting further down the beach, whilst the little family friend with whom I’d been building sand pies is rubbing her eyes with tiredness. 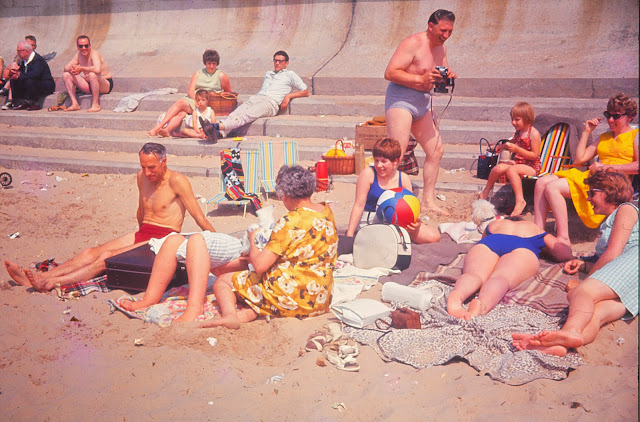 Later still and there’s no chance of anyone’s attention wandering as all eyes are on the lady struggling out of her swimsuit with as much dignity as she can on a crowded beach - except her husband, who stares at his toes and pretends he’s not there. The older lady tries valiantly to cover any embarrassment that may result if a body part is accidentally exposed. The chap with the grin and the camera is feeling pleased with himself because he’s just taken a picture of her efforts for posterity. Even a ten-year old me, sitting in the centre of the picture, holding onto my beach ball, finds the situation amusing, as do the strangers on the steps. Of course I know all the people in the picture as well as the cameraman, my Dad, but he and four others in the group have now gone to play on the great sandy beach in the sky, including the contortionist, her husband, her assistant and the cheeky photographer. My little friend and I are grandmothers and my Mum and the lady in yellow are great-grandmothers. It seems like only yesterday, but the sands of time have already trickled through to the half-century mark. I wonder what people will find to smile about when the hourglass reaches the hundred mark.

For more amusing beach stories take a day trip to sunny Sepia Saturday, where our prompt picture this week was a beach photographer and his assistants. 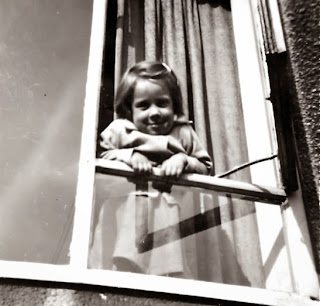 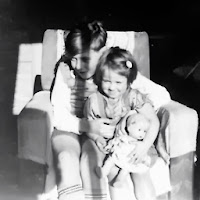 I remember, I remember
The house where I was born,
The little window where the sun
Came peeping in at morn. 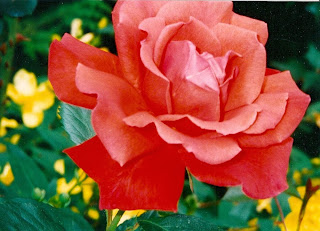 I remember, I remember
The roses red and white,
The violets and the lily cups -
Those flowers made of light. 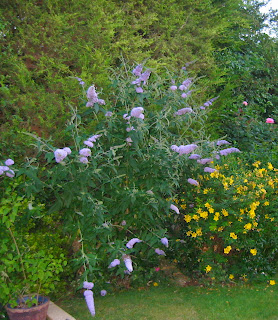 The lilacs where the robin built,
And where my brother set
The laburnum on his birthday-
The tree is living yet 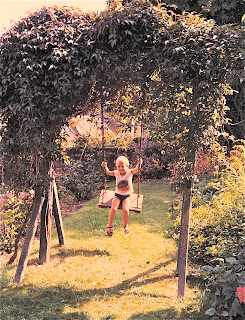 I remember, I remember
Where I used to swing,
And thought the air must rush as fresh:
To swallows on the wing. 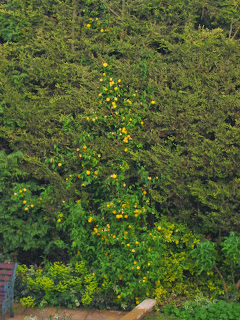 I remember, I remember
The fir trees dark and high;
I used to think their slender tops
Were close against the sky.


With thanks to Thomas Hood (1799-1845) whose lines these are. I have omitted some of the ‘darker’ elements. All photos are my own. Numbers one and two are of me and my brother in the first house I ever lived in; the roses, lilacs and fir trees are from three houses back (we’ve moved around a lot) and my son is pictured, thirty years ago, on a swing in my husband’s childhood home.

Why not take a tour of the Sepia Saturday estate this week, and see how other contributors have responded to the prompt picture?