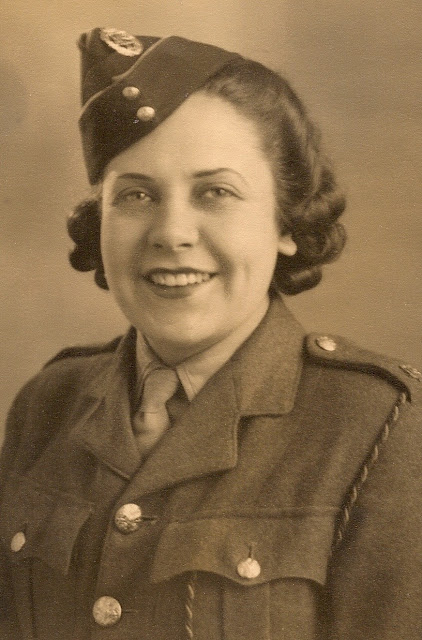 The lovely young lady above is my Mum aged just twenty-one, shortly after she had joined the ATS. I’ve told the story before in You’re in the Army Now so there’s no need to dwell on those far off days. Instead let’s celebrate today, Mum’s 96th Birthday. Through the wonders of modern technology I was able to have a face-to-face call with her and send birthday wishes across a couple of thousand miles. My brother and his family took her for an outing, and when she got back to the care home where she now lives, there was a birthday cake and tea. She had cards, presents and phone calls from various family members and friends, though she was a wee bit confused over who was who. She seemed quite content, even though she has apparently told my brother that this will be her last birthday! 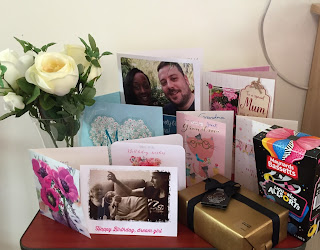 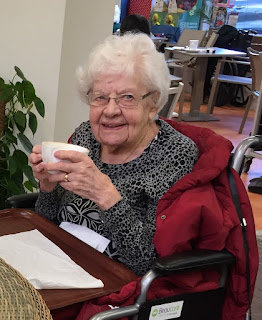 Dad couldn’t be there to give her a card as he died four years ago tomorrow, so I showed her and read out some of the old cards he sent over the years, almost from when they were teenage sweethearts. 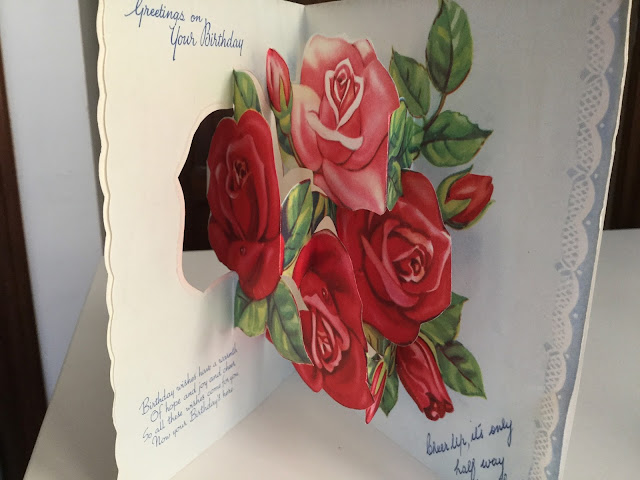 We admired the lovely pictures and especially Dad’s beautiful handwriting. This must have been 1955 as Dad had written, “Cheer Up, it’s only half way.” In those days you weren’t expected to enjoy the long life my parents had. On her 70th, Dad wrote, “Thank You for sharing your three score years and ten with me.” I don’t suppose either of them thought they’d live into their nineties, let alone celebrate their 70th Wedding Anniversary.

I have often written about my mother’s resilient personality and, when I saw her a couple of months ago, she looked as though she had a way to go yet. Let’s hope so.
Happy 96th Birthday Mum. 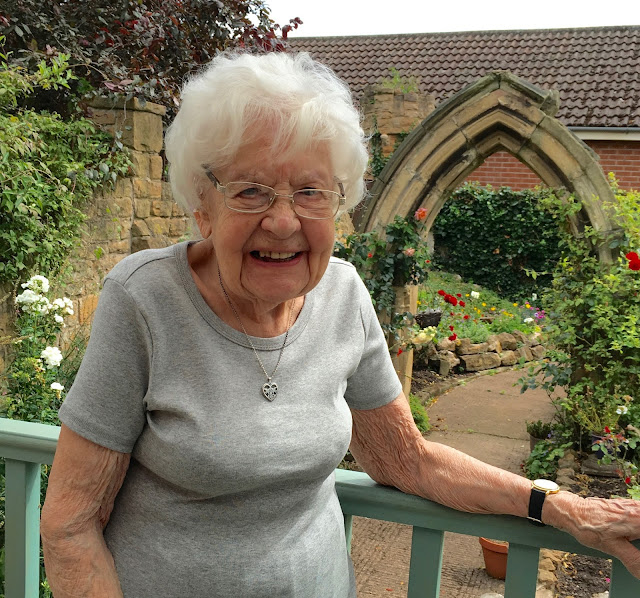 Join us at Sepia Saturday for more pictures and memories.
Posted by Little Nell at 10:25 7 comments:

“Imagine that you see the wretched strangers,
Their babies at their backs and their poor luggage."
Shakespeare

This particular child refugee, depicted on a Cyprus stamp commemorates the Turkish invasion of Cyprus in 1974. It shows a small, wide-eyed, hunched figure, sitting on a suitcase in front of barbed-wire. To me it looks like a child, but it could be any under-nourished and spiritually diminished victim of war or unrest. Sadly it’s an all too familiar sight today in our daily news, and I fear always will be so. 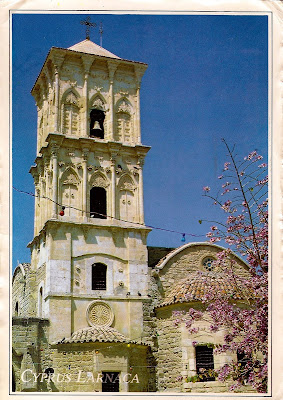 The Refugee Fund stamps appear on mail alongside other stamps as a way of ensuring that they are commemorated. This one, printed in 1993, sits alongside a stamp of an oak (one of a set of four printed in 1994), and although the date stamp cannot be read, the handwritten message includes the date it was written, so I’m pretty sure it was indeed 1994. It was posted to my parents, by my mother’s cousin, who was on holiday in Cyprus, and featured St Lazarus Church, Larnaca.

I had actually visited Cyprus for the first time two years earlier, as part of a group of headteachers and army welfare and families officers. We were were meeting the children and families of the Royal Green Jackets whose next posting was in Wiltshire, where my school was situated.

On our half-day sightseeing, I peered through the wall from the Cypriot side of the wall to the Turkish side. I also took pictures of the ‘Liberty Monument’ in Nicosia. which I found very moving. More details and pictures here. 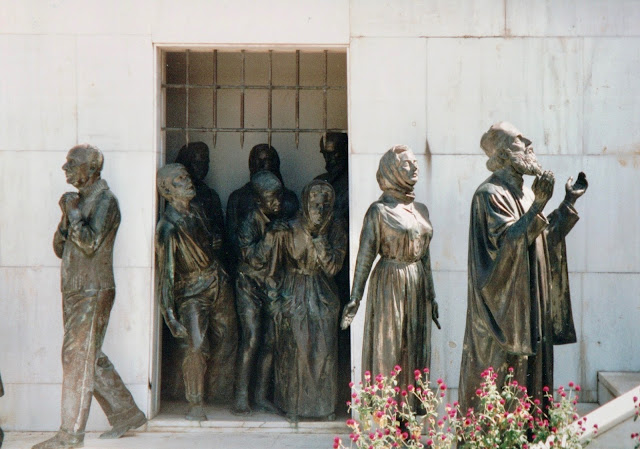 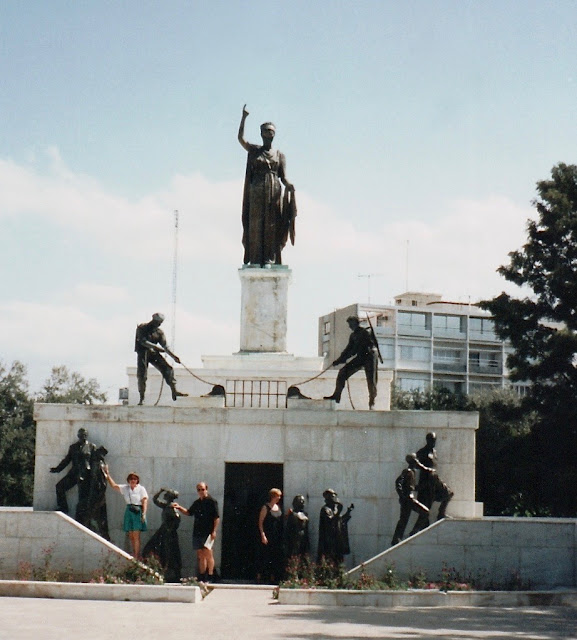 Linking to Sunday Stamps II. 101 where today’s theme is ‘Children’ and to Sepia Saturday’s theme of ‘War and Peace'