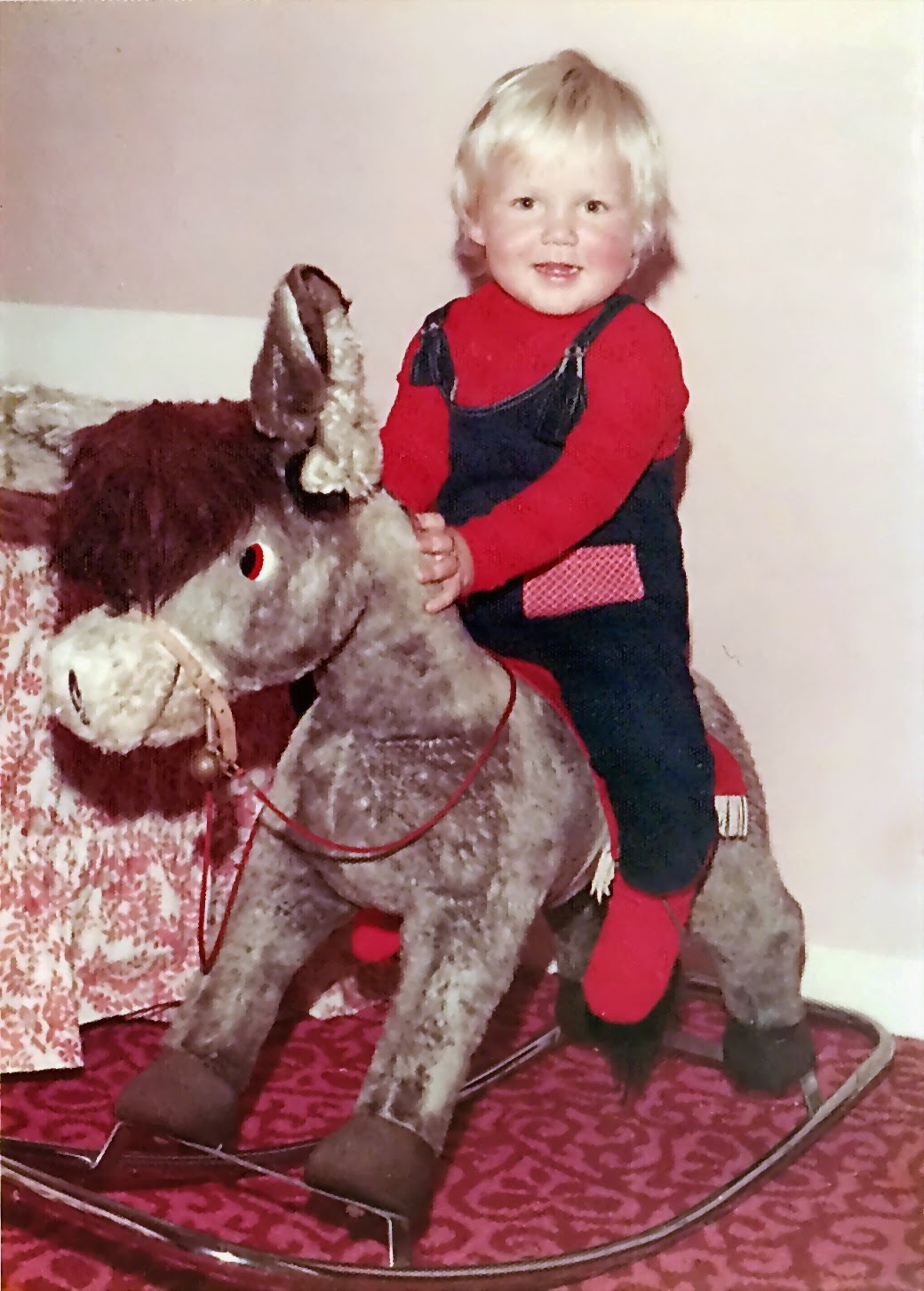 This is my nephew in 1975, clearly enjoying his ride on Pedro the rocking donkey. He wasn’t the first owner, that was his Mum’s cousin, who received him as a gift for his first birthday in 1966. Researching similar toys led me off in all sorts of directions; I never knew there were so many different types of donkey toy, both rocking and push-along. I’m almost sure that this one was made by Merrythought, a long-established and traditional British toy manufacturer. Their website has an interactive timeline showing the history of the family company from 1907 to the present day. Scroll forward to 1961 and you will spot the push-along version of the "particularly popular Pablo Donkey”. Yes, he was originally called Pablo and I don’t suppose anyone will remember how he came to be called Pedro instead, but Pedro he was and Pedro he is to this day. 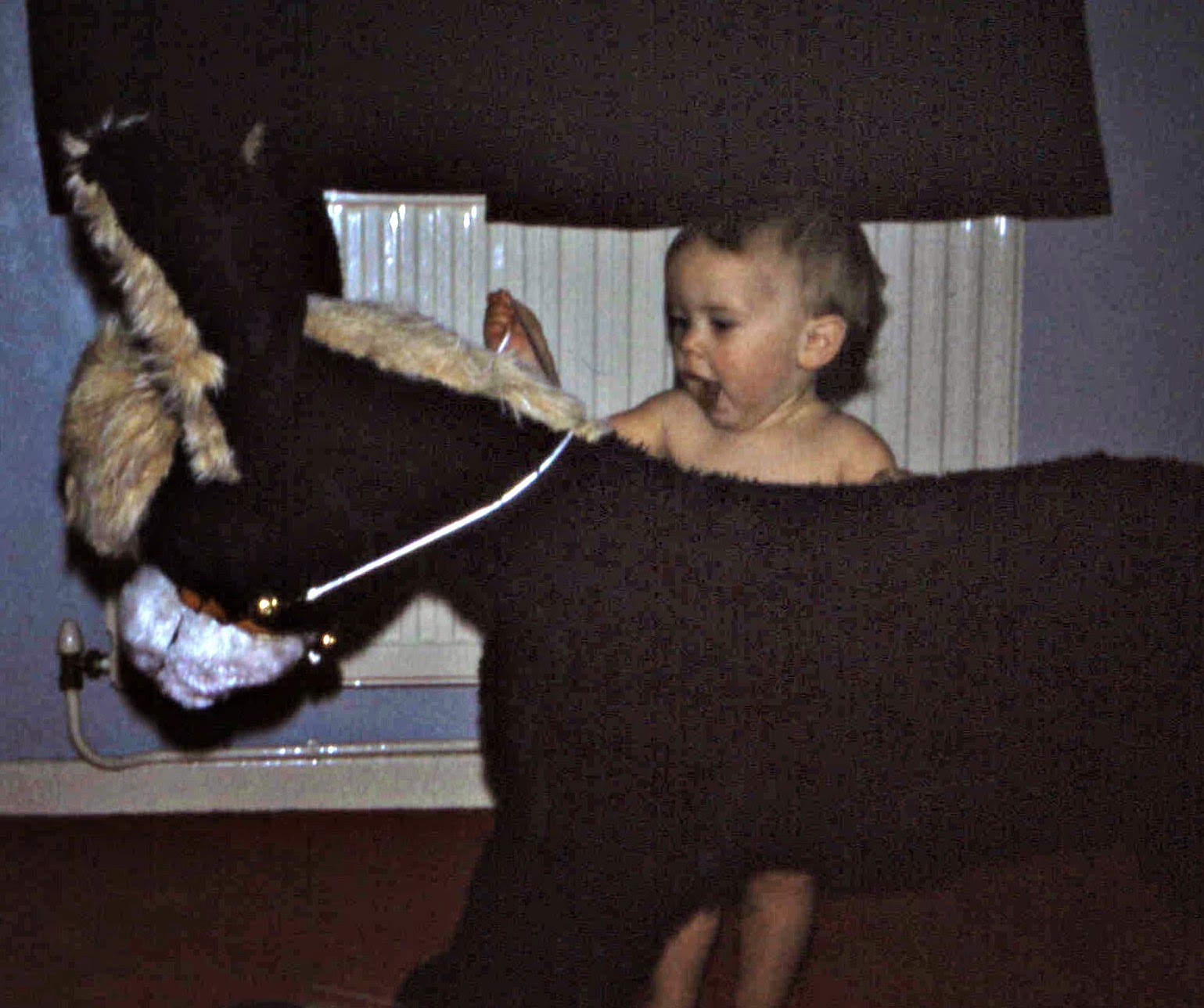 By 1978 my nephew had outgrown Pedro and he came to live with us.  Here is my daughter being introduced to him. No, I’m not trying to pull the wool over your eyes, it really is Pedro, albeit with a new coat. 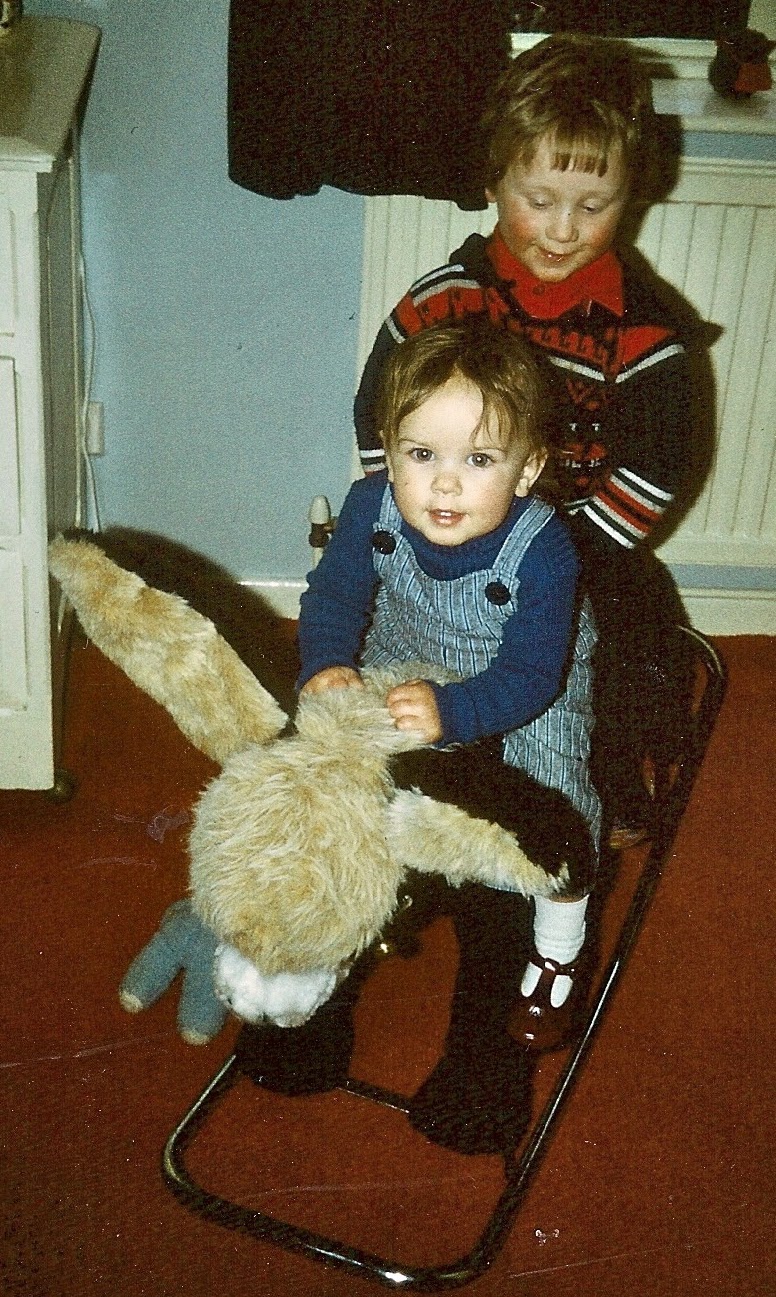 By the time he joined us he’d been so well loved that he was threadbare in places and his mane was looking a little patchy, so I asked if I might give him a makeover. I had a large quantity of very good quality fur fabric made in in a Lancashire mill, and the colour of Pedro’s coat was dictated by what I had in my fabric cupboard. He was given new reins and jingle bells and more realistic glass toy 'safety eyes’. There was no pattern of course, and from what I remember, I fashioned his coat by cutting appropriate sized pieces of fabric and sewing them to the original coat. I remember the hardest part being the ears.


Here my daughter is joined by the son of a friend, and the fact that Pedro was able to support them both uncomplainingly is testament to his sturdy and steady disposition; just like a real donkey. Who needs reins when you can dig your little fingers deep into that furry mane? 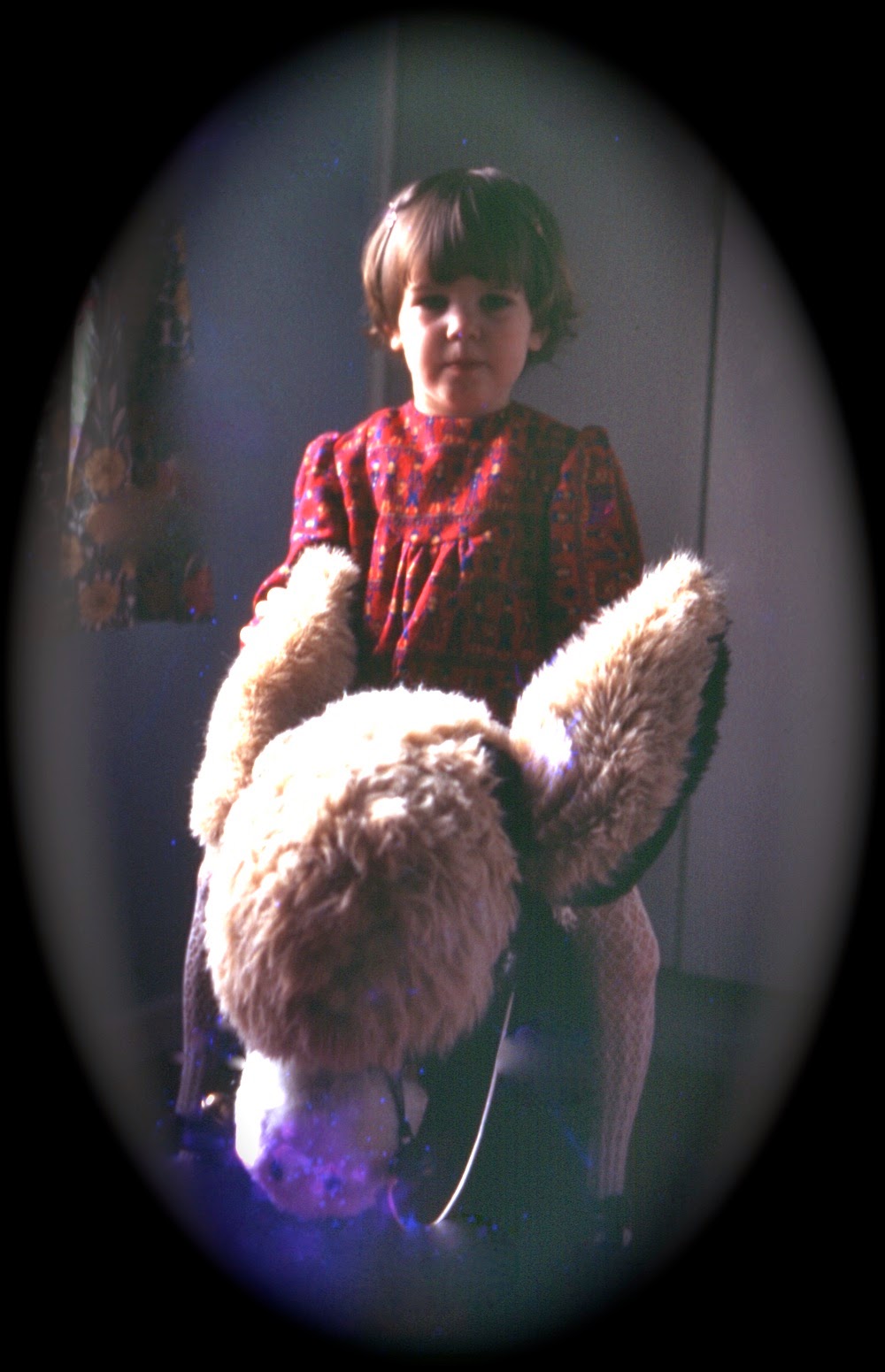 This is the last photo I have of Pedro whilst he was in our care. Shortly after this was taken we were posted to Germany with the RAF and we reluctantly parted company. He went back to his original owner to be stored for a while until his own two children had need of him. When my nephew’s son came along in 2006, Pedro was groomed and brushed ready to meet yet another new young owner, and his sister joined him a couple of years later. During this time I believe he had yet another new coat to keep him going a bit longer. The latest news is that he is about to return yet again to his original owner where he will rest until he is needed by the next generation. I wonder how many more makeovers he will have. How many tiny fingers will curl in that furry mane? We may all be long gone and patient Pedro will still be Rocking on.

This week our Sepia Saturday picture prompt featured three brothers and their dog posing for a famous sihouettist in the 1930s. One of the boys is sitting astride a toy rocking horse.

Why not join us there to see what other contributors have shared from their toybox.

Little Nell
I am a retired primary school headteacher who moved to Lanzarote for the year-round sunshine, the amazing landscape and the slower pace of life (Mañana really means mañana here). I have been married for 44 years, have a son and daughter and 11 year-old twin grandchildren. I relish the time to do what I like at last; get up when I want to, go to bed when I want to. Of course there are things I miss about England: the song of the robin and blackbird in my garden and watching the blue-tits nesting, the theatre, the art galleries, the cathedrals, but I get my fix on the visits back to Blighty and travels further afield. This is my home now, in every sense.