Plenty To Go Round 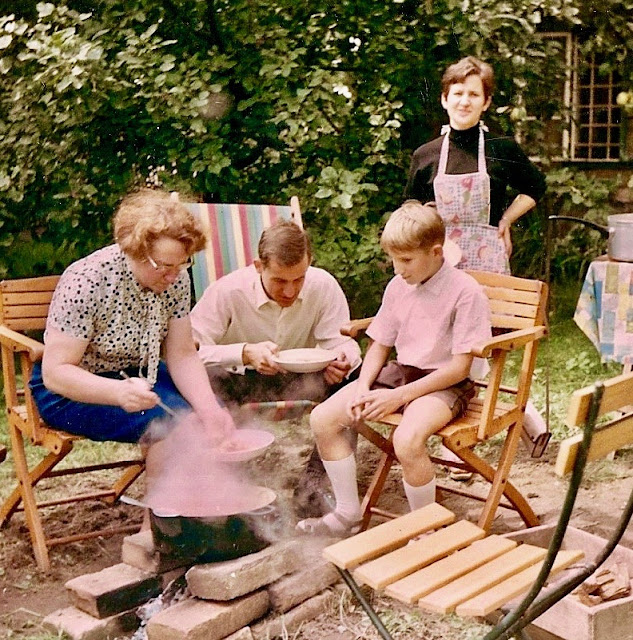 These photos date from August 1968, when I was on a return visit to the family of my Austrian exchange friend. Her father was a forester and they lived in village not far from Vienna. The dish was called 'Zigeunerpfanne' - literally gypsy pan, and it was a stew of delicious meat and vegetables, with spices, such as paprika and cayenne if my memory is correct (after more than half century, who knows?).  I guess the idea was that the cooking was done as the gypsies would have done in the days of old. 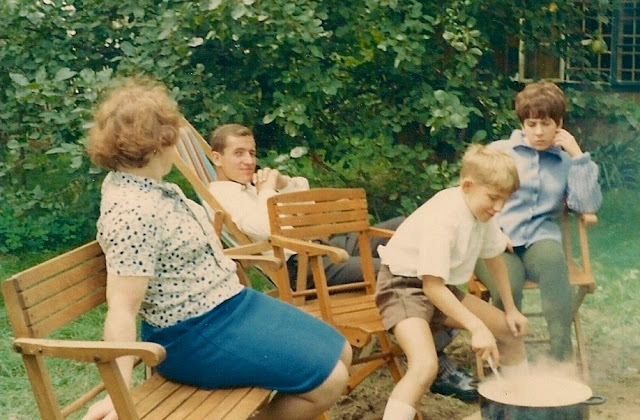 I look a little apprehensive as my friend's younger brother stirs the pot, whilst his mother and and older brother sit back. 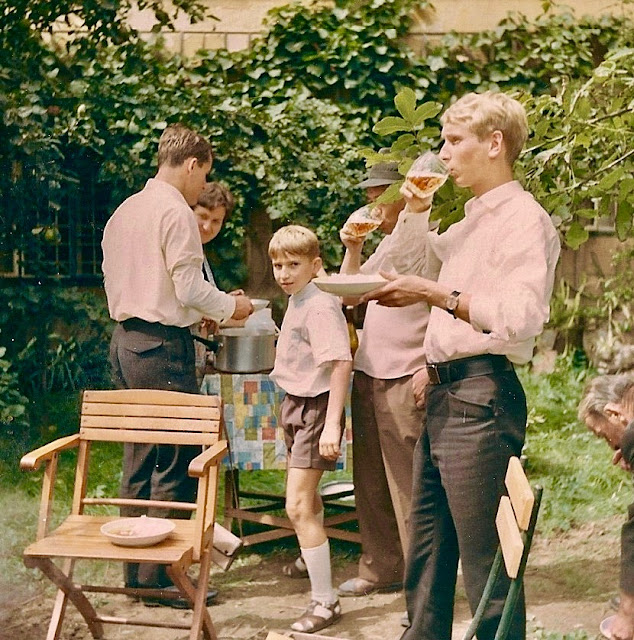 The other dish probably contained rice;  her older brother's friend already served, and her father just behind him, enjoy a beer, as they wait for the addition of the stew.

I remember this time reasonably well, as her brother and his friend were on leave from the army, where they were on National Service. Her parents were quite anxious as it coincided with the invasion of Czechoslovakia by Soviet troops (21st August) as the culmination of what was known as The Prague Spring.  Following this we awoke one night to hear tanks rolling into the village, fortunately they were Austrian, not Soviet, and we were then to have soldiers billeted with us. By this time my parents had also joined us for a few days, and my friend's mother would always prepare a little more than was necessary for this 'family' to ensure that the soldiers had some home-cooked food. She would have preferred to have her own son and his friend there, but that was the next best thing. There was always plenty to go round. 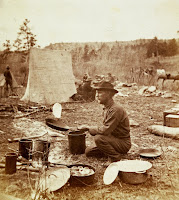 I was reminded of these scenes of outdoor cooking by this week's Sepia Saturday prompt. The image is from the George Eastman Collection on Flickr Commons, and titled, 'John, the cook, baking slapjacks' by William Henry Jackson (1843-1942). Click the link to join other contributors and see what they made of the prompt.