Steps have appeared as prompts before in Sepia Saturday, and really I should be sitting on ‘The Naughty Step" for being absent for so long.  Admin Number One (Alan) has his head so full of his new grandson that he forgot to tell Admin Number Two (Me) that he was away, and to remind me to keep an eye on all things sepia. It wasn’t just Alan that was all at sea, but being the experienced sepia sailors that you all are, you navigated your way through without the Captain and First Mate.

I haven't got such a good excuse as Alan for neglecting my post, but if you read my very last sepia offering you will have seen that we became doggy parents for the first time ever, and Pico has rather monopolised our time.

People standing on steps appear in lots of photo albums and mine is no exception. The difficult task was narrowing it down to just a few,and especially ones that hadn't been used before.


Here’s my Dad in 1961, standing on the steps of Carisbrooke Castle on the Isle of Wight. 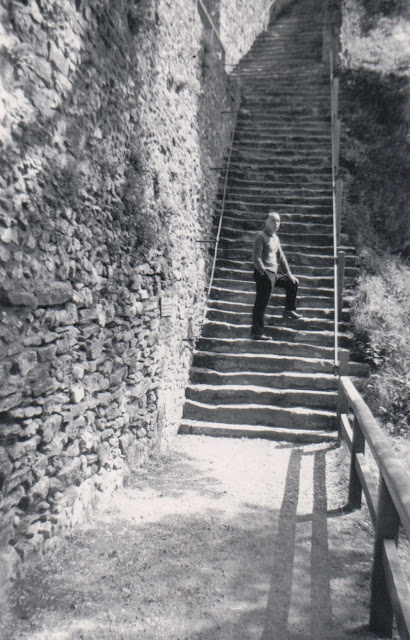 A few years later in 1995, my parents and I posed on some steps at Avebury Manor in Wiltshire. 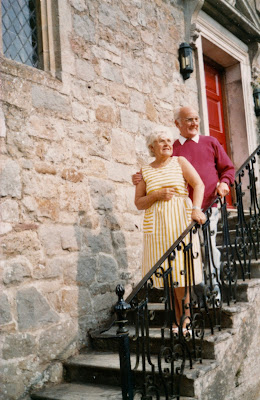 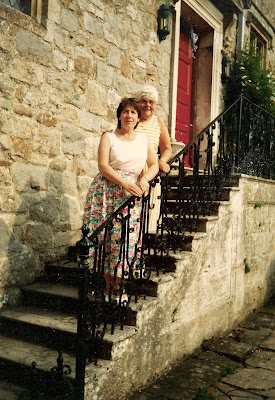 Then in 2013 I was going up in the world. This was the Jardin de Cactus, here in Lanzarote. 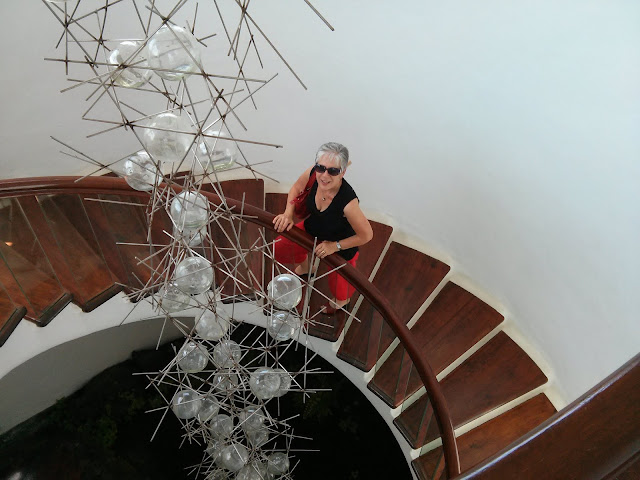