The Goats of Lanzarote

Majojero goats roam the hillsides of Lanzarote and graze quite happily on vegetation found in our volcanic landscape. 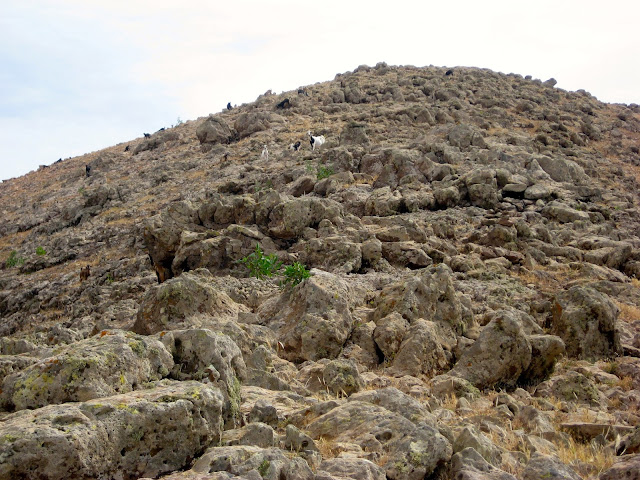 It’s our delight when walking or climbing volcanos, to see the goats, usually grazing in herds spread across the hills, or occasionally we are amazed to watch a lone goat nimbly leaping across the rocky terrain. The goats are well cared for and managed according to strict guidelines, in large farms, as these ones near the village of Uga. 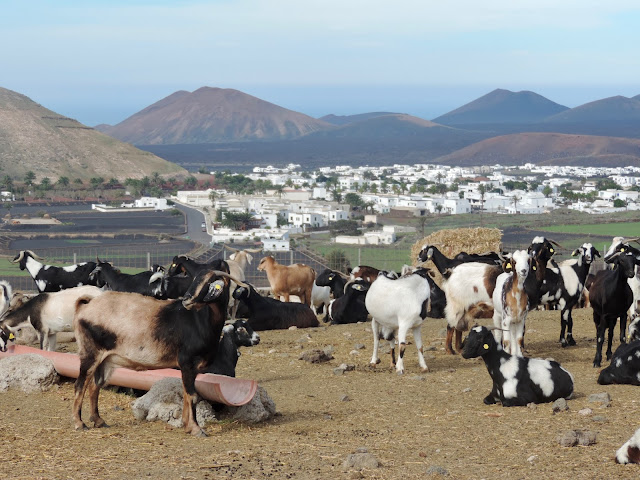 We like to climb up the Femés Ridge and see the goats, especially when the kids have been newly born. Sometimes they get themselves separated from their mothers and emit a pitiful bleating - like this one filmed by my husband. The kid's mother was only a few metres away and he quickly caught up with her. 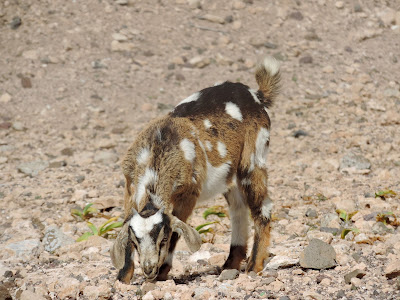 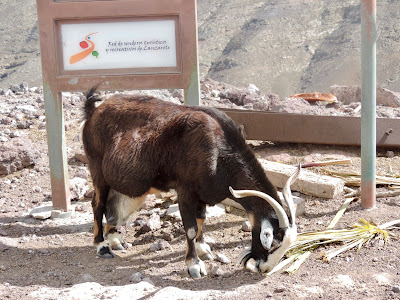 The goats are an important part of the island economy; the meat is used in stews and casseroles, but of course it’s the milk which is most important for the goat farmer, both as a drink and for making into a variety of cheeses.

The island is dotted with goat farms many of which sell the produce from their dairy (quesería) at a farm shop, like our favourite in Femés, not far from where we live.

The cheese is made from goats belonging to the Queseria Rubicón, and there are several varieties to choose from. We like the semi-curado (aged for about three months ) and the curado (mature for about six months). these are rolled in different flavourings  like pimentón (smoked Spanish paprika)  or gofio flour. 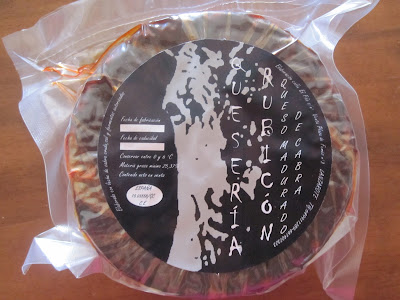 If you buy a whole cheese they will shrink wrap it for you, ideal for visitors wanting a taste of Lanzarote to take back home.


We have annual food fairs called Fería del Queso y la Cabra ( Cheese and Goat Festival) where it’s possible to buy a book of tickets - each worth a euro - and exchange them at the many cheese, wine and tapas stalls. There are also cooking demonstrations and stalls serving from huge paella dishes. There is live music and happy, celebratory atmosphere. Combined with our almost endless sunshine, needless to say the fairs are popular with tourists and residents alike. 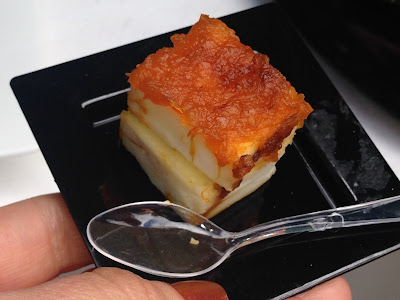 Examples of some of the tapas we can exchange for a ticket. My daughter is pointing to the Queso Blanco or Queso Fresca, a young cheese, sometimes made with a mixture of goat and cow milk and served, as here with sweetened gofio slices. 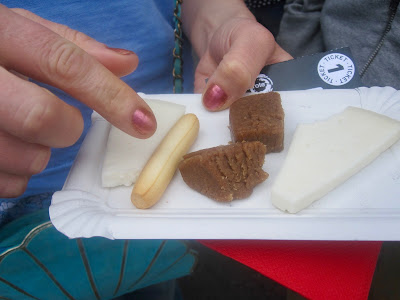 In true Sepia Saturday tradition I have to include an old photograph. This one appears in several places around the island, often enlarged and used to decorate the walls of restaurants. I found a copy in Villa de Teguise in a traditional style restaurant called Cafetería Cejas. A caption from me would be superfluous as I think I’ve milked this subject long enough. Instead click on the link to see what other contributors made of our sepia prompt picture this week. 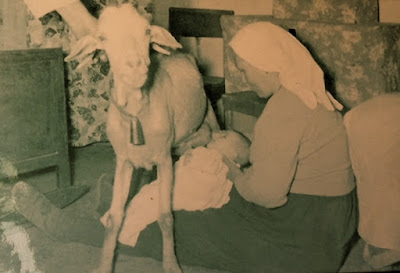