What Jolly Good Fun We Had Today

This week’s prompt image for Sepia Saturday is once again taken from the Flickr photostream of The Past On Glass, Sutton Archive. It depicts the School Sports Day at Carshalton Convent School on July 8th 1907, just a mile or so down the road from Sutton. It seems a strange image for a sports day, but a glance at others in the series indicate that it was more of a Fun Day than a seriously competitive event. 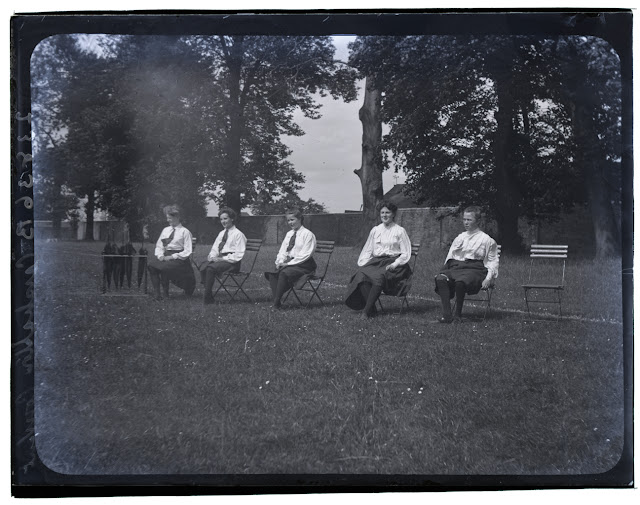 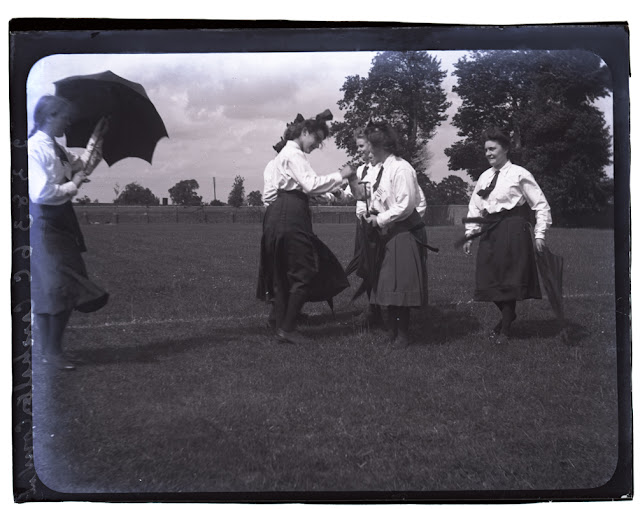 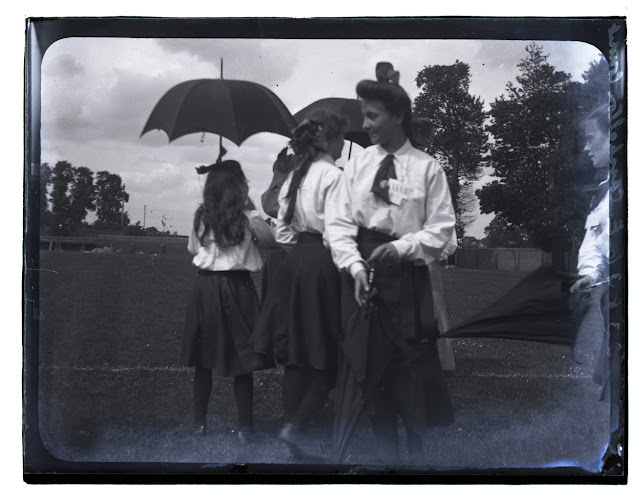 We may never know the explanation for the umbrella sequence, but I don't think it was anything to do with the weather; Perhaps some sort of relay, with umbrellas instead of batons. A wild guess. 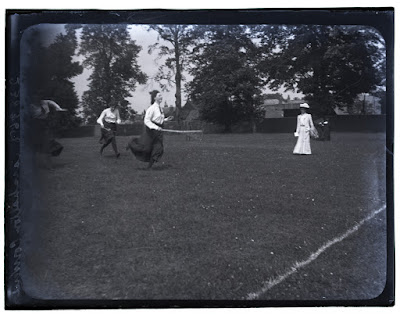 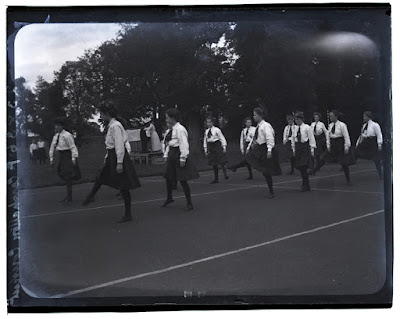 There was also a game of Lacrosse, supervised by one of the staff perhaps.

And a display of what would appear to be Country Dancing, or possibly some Keep Fit routine. 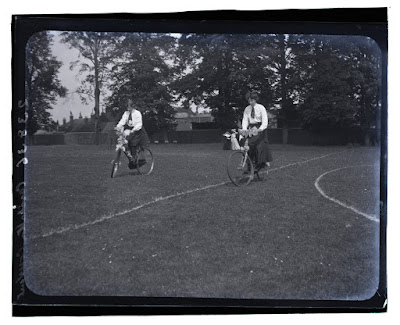 There are two images of the girls taking part in Cycling Proficiency exercises, but look at how the girls have decorated their cycles with ribbons and bows. 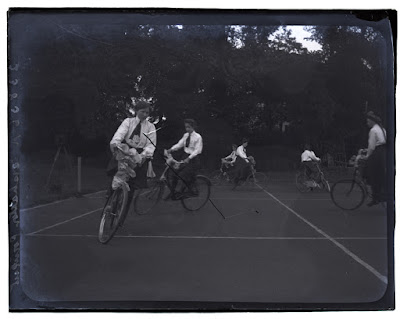 Is that a David Knights-Whittome’s camera and tripod to the left of the second picture? Click on any image to enlarge. 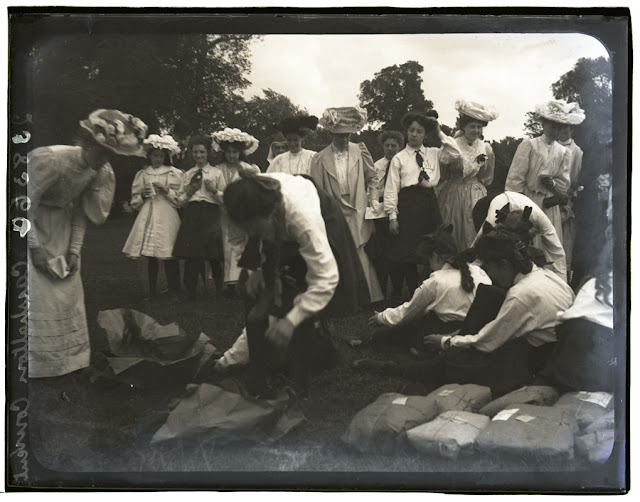 My favourite two ‘mystery’ pictures would seem to be depicting a dressing-up event. Now that really did look like fun, judging from the smiles of the onlookers; parents, staff and fellow students. 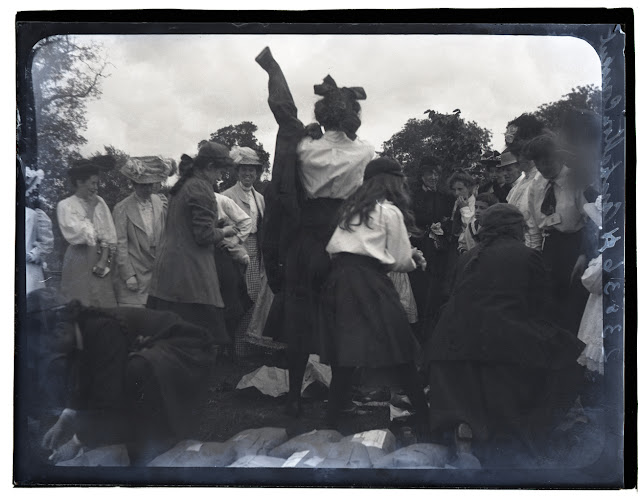 The school has an interesting history and its buildings and grounds are very attractive. If you search on the Sutton Archive’s photostream you can see some of the elegant interiors that Knights-Whittome photographed, including common rooms, classrooms and a gymnasium. The photographs were taken almost 110 years ago, during the reign of Edward VII, when the First World War was still seven years away. It was a period of great political and social change, particularly for women. What stands out however, is that on that Summer day so long ago, was that everybody had such fun.