Here take my picture; though I bid farewell
Thine, in my heart, where my soul dwells, shall dwell.
'Tis like me now, but I dead, 'twill be more
When we are shadows both, than 'twas before. 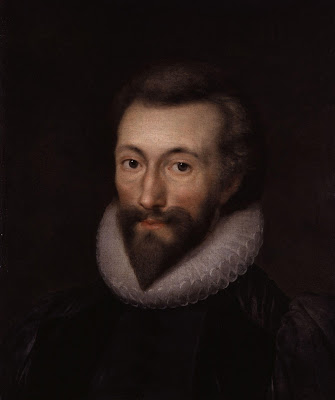 I was struck by these lines as I flicked through a slim volume of poems in a second-hand bookshop, last week in Nottingham. “Here take my picture!" is what we used to say to friends and family, before the age of ‘selfies’. This isn’t about recording a special moment with a camera however; the words jumped out at me because they seemed so out of place - until I read further. These were poems by John Donne (1572-1631), of whom I knew so little, but certainly wanted to know more. I bought the book.


Donne may have been handing his beloved a portrait as a keepsake when he went off to war, but he could so easily have been speaking of a photograph given by anyone in any, more recent, war. Here is the link to the poem, please read it in full and you will see exactly what I mean. Perhaps this was the image Donne wanted her to have, who knows? It’s a fine portrait painted by Isaac Oliver (courtesy Wikimedia Commons)

It seems my Dad wanted his sweetheart to remember him with his winning smile and a casual air when he offered her this portrait, shortly after he joined the RAF in 1940. Two years later, Mum’s ATS portrait is all smiles, even though her call-up scuppered their plans for a cosy domestic nest for Dad to return to. They still got married a few weeks later and Mum joined her battery as the first married woman; quite a novelty. Thereafter, for a couple of years, they would try to get coinciding 24 or 48 hour passes, not always with success. 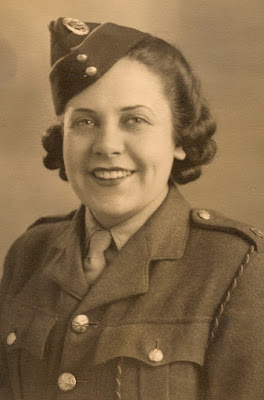 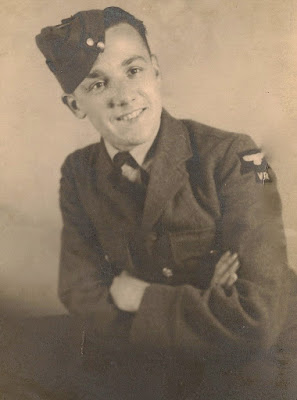 It would have been important to have a picture to gaze on and remind them of their love, until in 1944, my brother arrived as more tangible proof and the result of 24 hour pass nine months earlier; my parents kept the pass as a memento and we still have it. 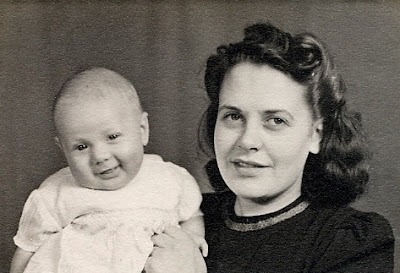 By the time I came along, eight years later, the War was over but Dad started work as a sales representative for Scott and Turner, which sometimes involved being away from home, so he may have taken these pictures of his family, in his wallet, to gaze upon when he was in some bleak bed and breakfast place, and needed a reminder of home. 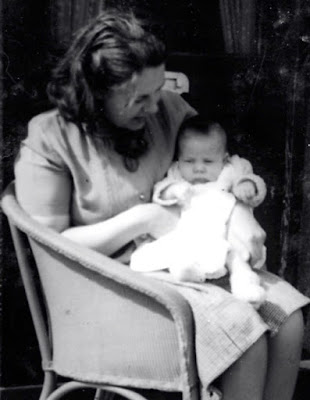 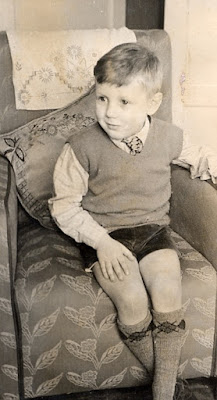 Over the years there have been many family separations and of course, the final one for my parents, when Dad died in 2012. A couple of months ago Mum moved from her flat, the last home she shared with Dad, into a care home. Age and Alzheimer’s are robbing her of many memories, but strangely, not the more distant ones. Of course, she has a picture of Dad by her bed. 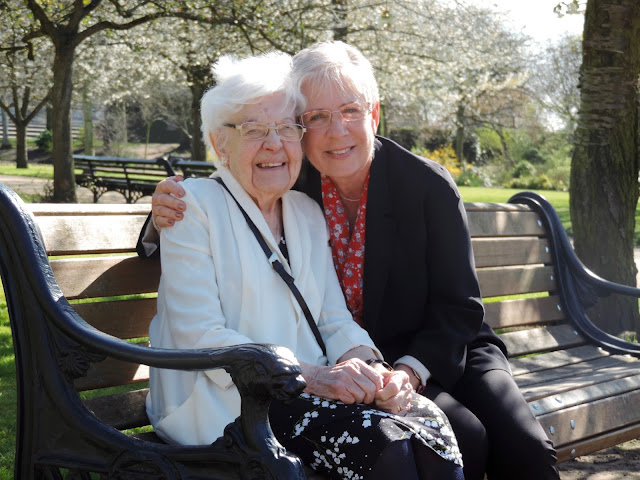 When we went to visit her last week, we took her out around all her youthful haunts, driving to Trent Bridge and a gentle walk around the Memorial Gardens there. It was a beautiful Spring day and a good photo opportunity. I handed the camera to my husband;  “Here, take my picture with Mum.” I said.

Join us this week at Sepia Saturday to see what other images have been ‘brought to safety’ like the one in our prompt of two WW1 Belgian refugees.