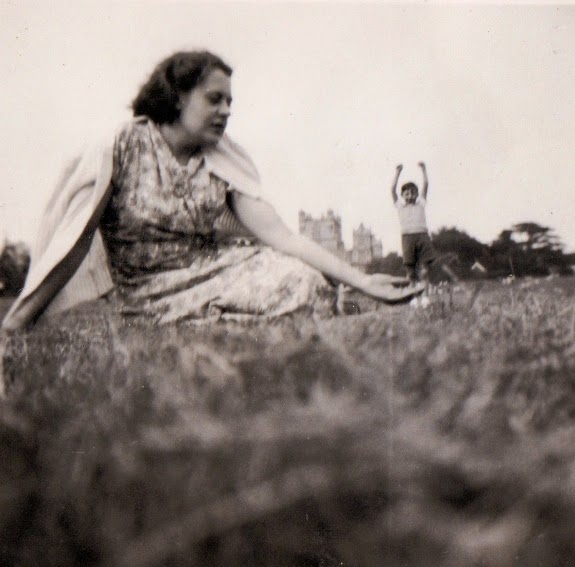 My father enjoyed taking the quirky shot or two, and the above example is one of his. It’s my Mother peering at a little (very little) boy, seemingly perched on her hand. It’s actually my brother, about 1952, so he really was Mum’s little boy - but not that little...... 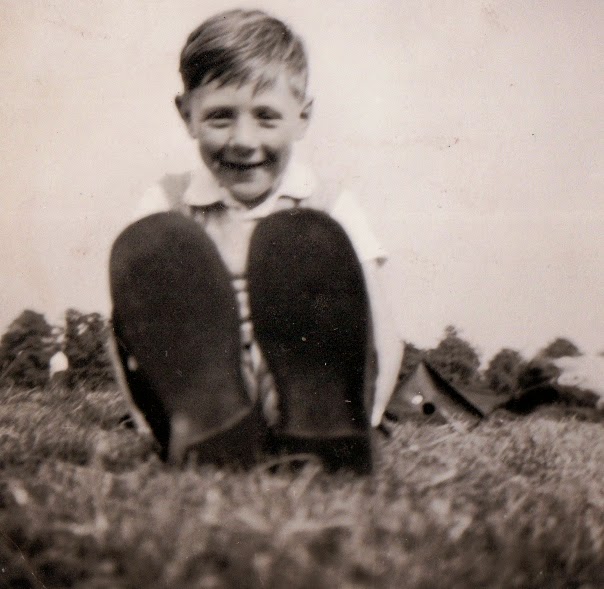 ........ Neither did he have such enormous feet as would appear in this shot. Both pictures seem to be taken on the same day, on a family outing to Wollaton Hall, Nottingham. They could even have been snapped within a few minutes of each other, without Dad even having to get up off the floor! Perhaps the camera was a new one and Dad was trying it out, or it may well have been that it was an idea that he had read about and his family were on hand to assist as his subjects, willing or otherwise.

Our Sepia Saturday prompt this week suggested ‘little and large’ as a possible theme. So there you have it - little boy with large feet. Join other contributors to see what they made of the image below.