A question any one of the four adults in the party might have been asking with reference to our four-year old twin grandchildren. The occasion was Remembrance Sunday 2012, the place was the Historic Dockyard Chatham. In fact the twins, although very young, behaved impeccably. Let’s face it a tour of a WW2 Destroyer, 1960s submarine and Victorian warship, are not on every child’s wishlist and we wondered if they would get bored and fidgety; instead they thoroughly enjoyed scrambling over HMS Cavalier, the Destroyer, and were in buoyant mood. This lifted our spirits at what was a very sad time. We had flown over to say our goodbyes to my seriously ill father, who passed away just two weeks later. of course we combined the trip with a quality time spent with the twins and their parents.

In the event the Dockyard proved a fascinating place and we didn’t manage to cover everything that day. There was also a temporary exhibition called ‘Whirrs, Cogs and Thingumybobs’ which I've written about elsewhere.

Here we are aboard HMS Cavalier, a Royal Navy C-class destroyer of WW2. 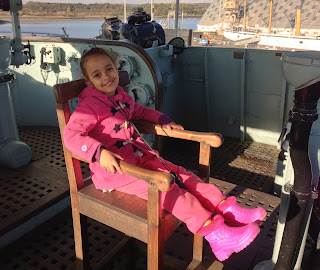 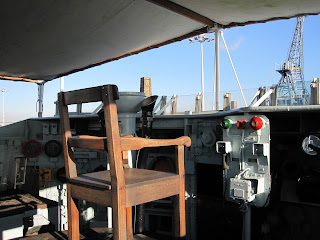 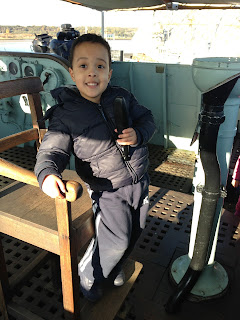 The Bridge, where they took turns to issue orders, and the room where the helmsman received orders from the Bridge. 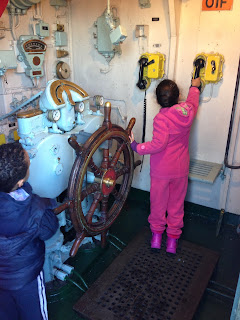 Below, Office and the Operations Office (later the Ops Room) full of interesting knobs and dials. 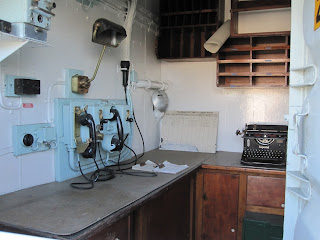 And aboard the Victorian warship HMS Gannet. This was fun and the twins are happy to have joint control. It appears to be the wheel that positions the guns. 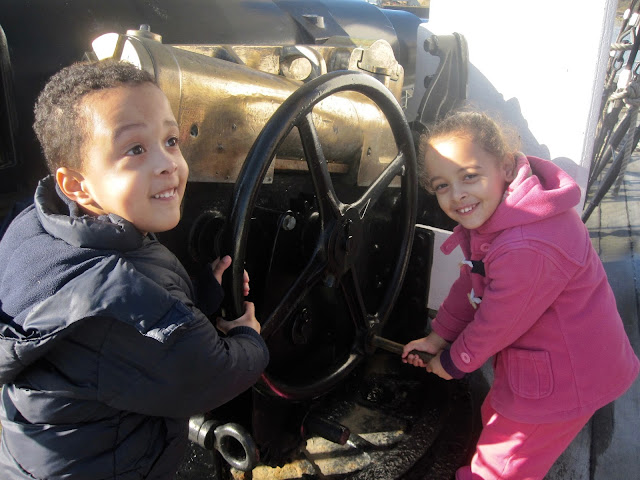 And in the radio room of the RNLI lifeboat Edward Bridges (1974). Everyone can relax, the twins have control of the situation again. 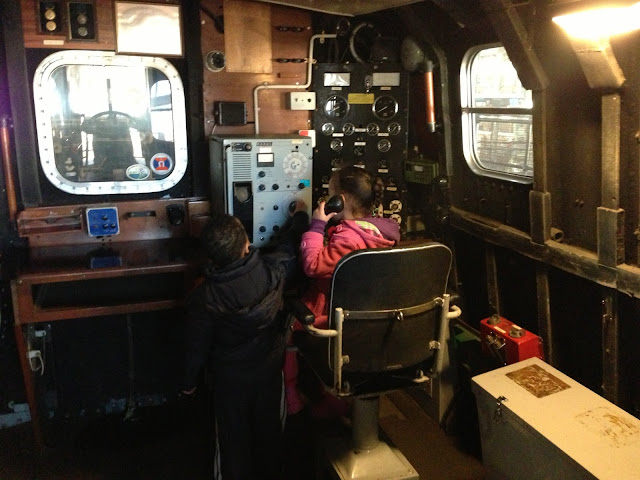 This week’s Sepia Saturday prompt image was a 1948 B-36 cockpit, with far more dials, knobs and levers than any of the above. Why not visit to see what other contributors made of it. 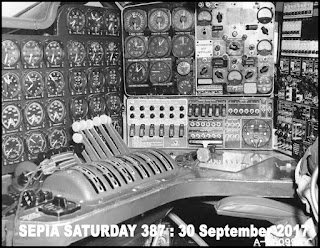