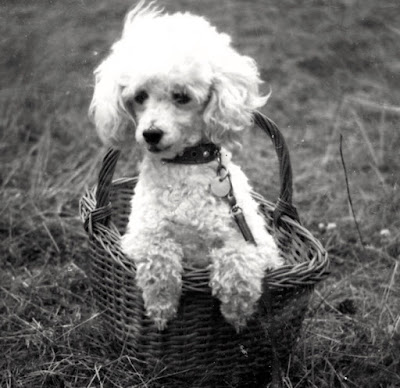 This is my childhood companion, Kim, posing in a shopping basket in the early 1960s. He had a real basket to sleep in of course, as the two rather grainy pictures below show. Most of the time it would be stationed in the warmest spot in the kitchen. It was where he would retreat to when tired, bored, or had very occasionally fallen out of favour for some misdemeanour. 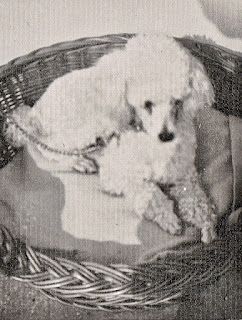 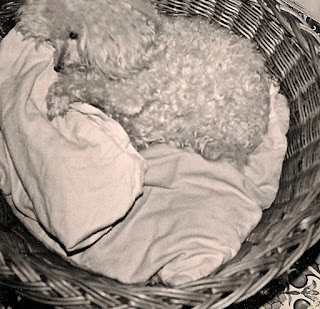 The basket was easily transported in the car and would accompany the family on holiday, along with its owner. It got taken into the garden on sunny days, when the humans would sit on a picnic blanket or chair. Usually Kim would join the humans, as the blanket looked far more inviting. 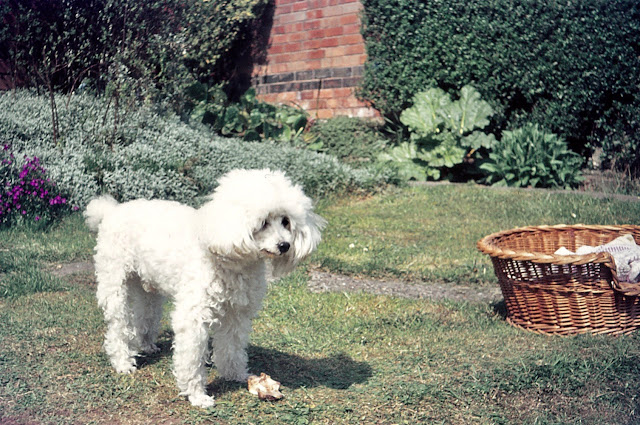 The poet Elizabeth Barret Browning died on this day in 1861. She was a woman who was unwell for much of her life, and her faithful companion, a spaniel called Flush, is the subject of two of her poems. Flush spent much of his time on the couch with Elizabeth, unlike the tiny dog in this week’s Sepia Saturday prompt image, which comes to us courtesy of The Past on Glass on Flickr. 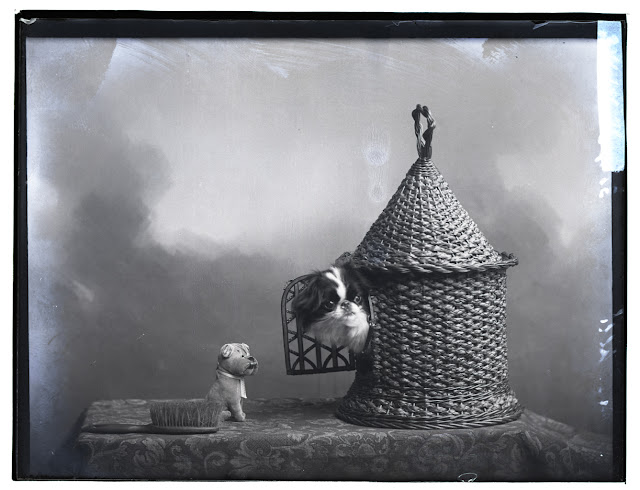 This little chap (or lady) belongs to the Mitchel. L. and that’s all we know; except that it was photographed by David Knights-Whittome, whose remarkable work is being cleaned, catalogued and researched by staff and volunteers of the Sutton Archive. He certainly had a way with animals, especially dogs. I wonder what made him photograph the Mitchel dog inside this basket, and why leave the brush and toy dog in the picture? It certainly makes for an interesting arrangement.

Elizabeth Barret Browning’s poem in praise of Flush, shows us that the love  and devotion he gave to to his sick mistress was returned in equal measure.


This dog only, waited on,
Knowing that when light is gone
Love remains for shining.
Posted by Little Nell at 16:00