I’m not sure what 'that look' was; lost in admiration, besotted, lovestruck? Who knows? I had just become a teenager and was beginning to look at boys rather differently. This was the big brother of my Austrian exchange friend with whose family, near Vienna, I spent most of my Summer holidays that year. 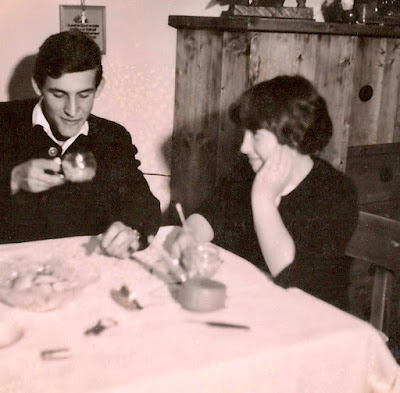 He was very kind to me, I remember, and when I visited again three years later, we were all a bit more mature. The 1968 invasion of Prague, a few kilometres over the border, actually took place whilst I was staying there on that occasion. It was quite a frightening time as my friend’s brother was completing his National Service and the family were anxious.  It was also quite exciting, as we had soldiers billeted with us too. Fortunately my parents had accompanied me for part of the time and were there to chaperon. It looks as though I only had eyes for my friend’s big brother, but the next picture shows that we were not alone, having a cosy tête-à-tête. 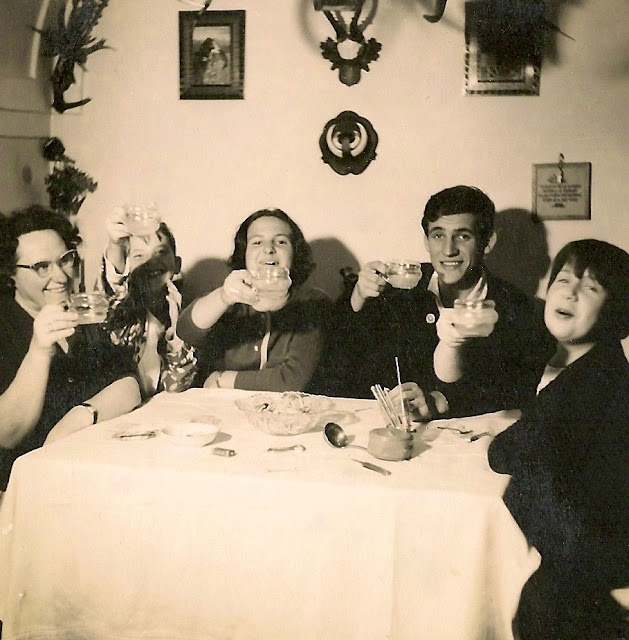 'That look' in the second picture is of one who has imbibed too much of the fruit punch on offer, but as I was only thirteen it is unlikely to have been the alcoholic variety. My friend’s mother was amused by it anyway. There is one other brother squeezed into the cosy corner. He was only seven years old, but a little charmer himself. 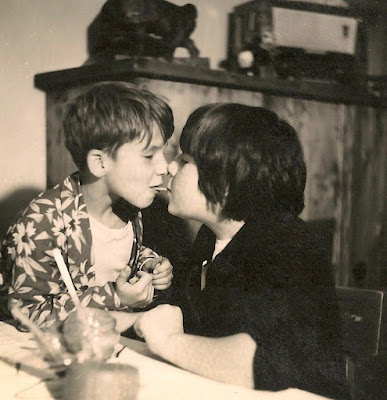 What are we doing? Being very silly, that’s what. Those are saltsticks on the table and little brother and I are sharing one, starting from different ends, and ending up rubbing noses. Very amusing when you are a seven year old boy. We look very serious but ended up in fits of giggles. 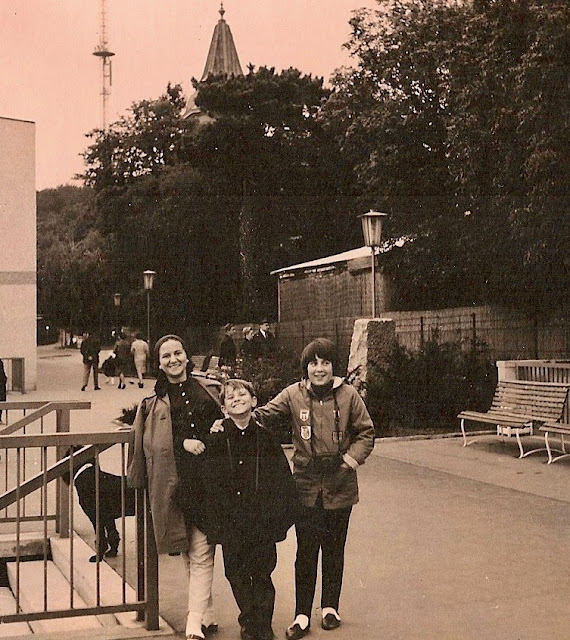 In the last picture ‘that look’ is me not paying attention to the person wielding the camera. I’m making eyes at someone else. I wonder who.

Our Sepia Saturday prompt this week is of Dizzy Gillespie staring adoringly at Ella Fitzgerald. 'That look', you know, we’ve all done it - haven’t we? 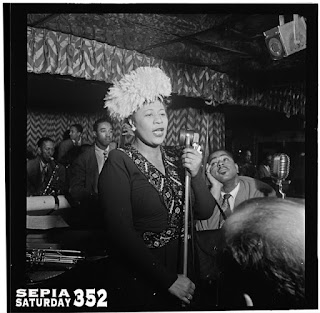