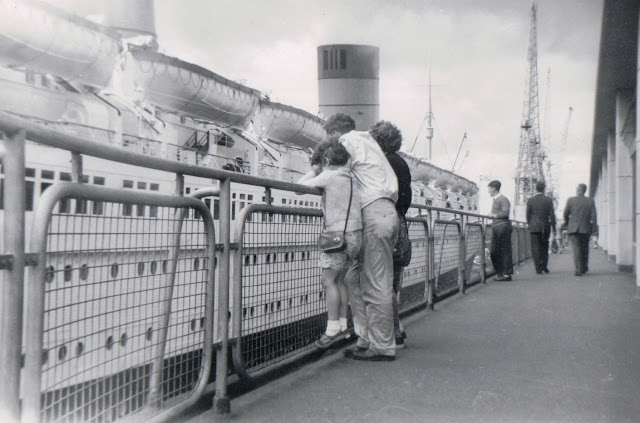 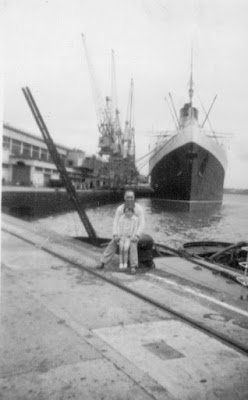 A holiday in Southsea with my family in 1960, meant a visit to the Southampton Docks. Here are my mum, brother and me gazing in awe and wonder at RMS Queen Elizabeth, which was based there. The largest passenger liner ever built at the time, and for 56 years after, she had been launched in September  1938 and named in honour of Queen Elizabeth, later the Queen Mother. She came to a sad end in a mysterious fire in 1972 - the liner, not the Queen Mother, who lived to the ripe old age of 101 in March 2002.

Dad and I perch, as so many doubtless did before us, with the bow of the ship in the background.

At the time of the ship’s launch, Queen Elizabeth was the Queen Consort, a rôle she did not expect to play when she married the Duke of York in 1923, as Lady Elizabeth Bowes-Lyon. The abdication of the duke’s brother in 1936 led to his younger brother’s coronation. The first picture below shows her in 1927, as the Duchess of York. 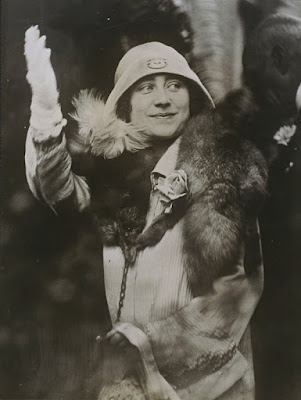 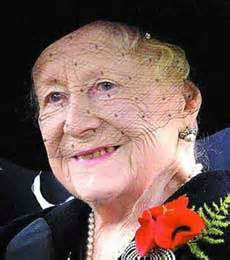 The second image shows her in later life, as Queen Elizabeth, the Queen Mother.


And here is the current Queen Elizabeth, snapped by me on December 9th 2016 when she docked in Arrecife,  Lanzarote’s capital. 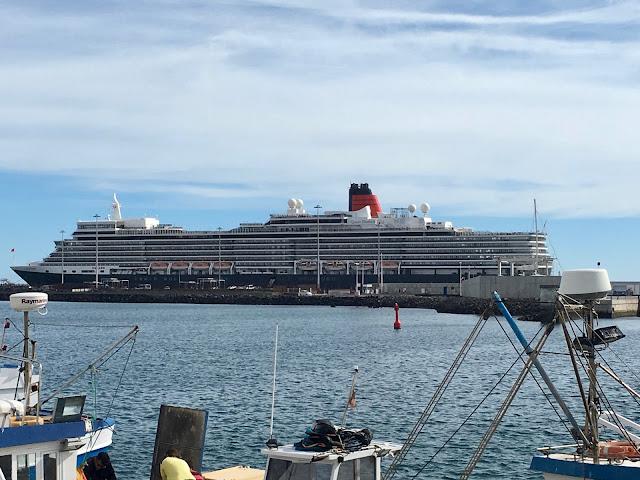 There is a BBC news report on You Tube, which shows her launch in 2010 and gives some interesting history of her predecessors, with clips from newsreels of the original ship’s launch.

This week’s Sepia Saturday prompt images shows a lady in her youth and old age. Why not climb aboard and enjoy the journey.
Posted by Little Nell at 05:30