When is a Snowman, Not a Snowman? 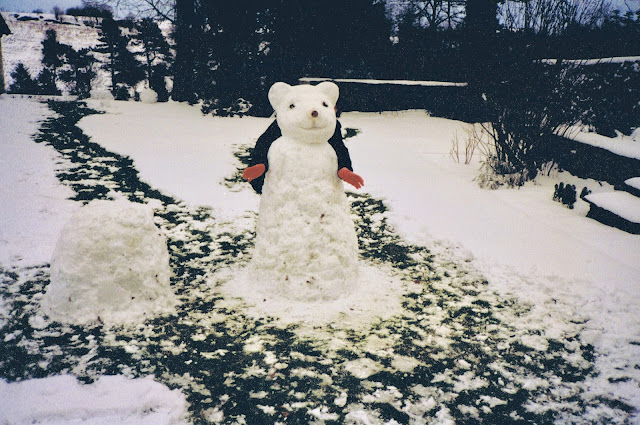 When it’s a snowbear of course! 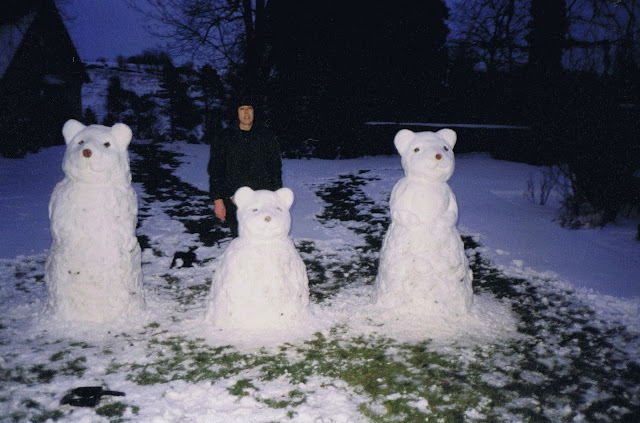 That’s not Goldilocks; it’s my late sister-in-law Gill, who died four years ago today. She was very creative as well as fun-loving. This was in the garden of their house in Gloucestershire some time in the 1990s. I believe it was taken in February, but the picture reminds me of many happy Christmases spent there with George and Gill and our extended families. We would usually all visit on Boxing Day and there would always be fun and games, including a treasure hunt. 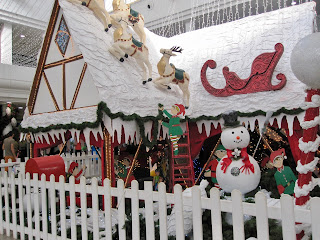 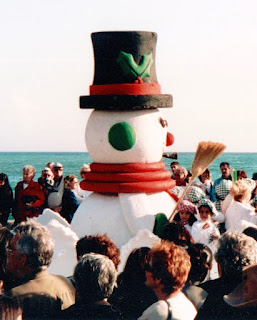 A snowman is also not a snowman when he is a papier mache figure in a Mardi Gras carnival float in Cyprus  in 2001, or standing guard at Santa’s Place here in Lanzarote in 2012. 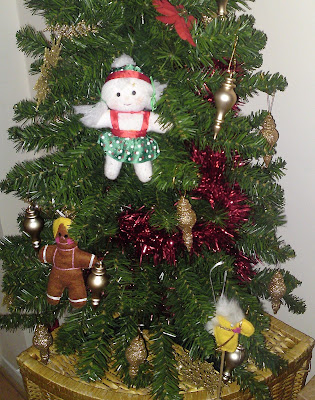 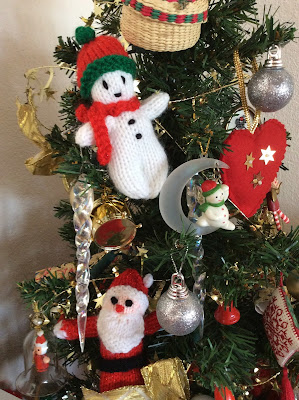 
........when it’s a knitted tree decoration made by my mother or a soft toy snowbaby made by me (about thirty years ago). 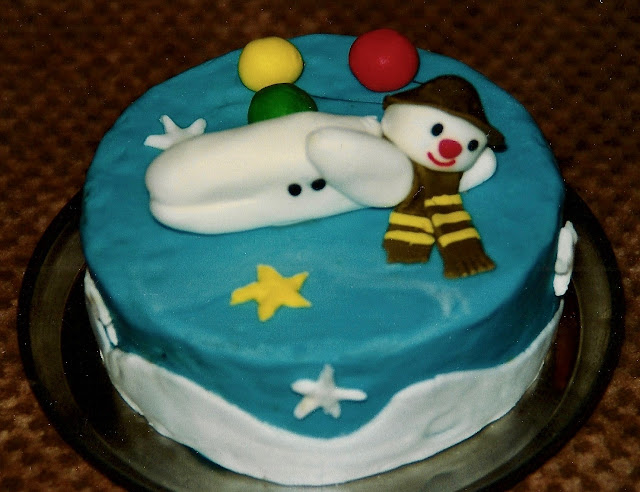 A snowman is not a snowman when it’s the icing on the cake, (Christmas 1988 when my children were into Raymond Briggs’ eponymous book and animation, as well as singing the theme tune)..... 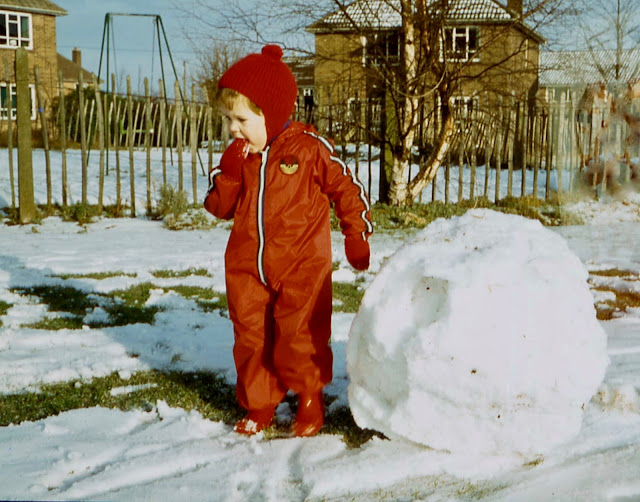 .......or just a giant snowball without a head, or a carrot nose. No that is definitely not a snowman, although it showed great potential as far as my three year old daughter was concerned. 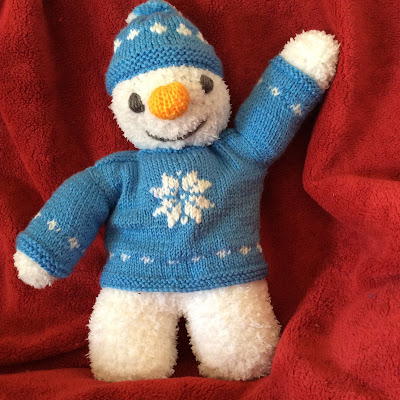 It’s not even a snowman when it’s cuddly and cute like my latest creation (read the story here in ’Snowman Surprise’), because real snowmen are not cuddly!! 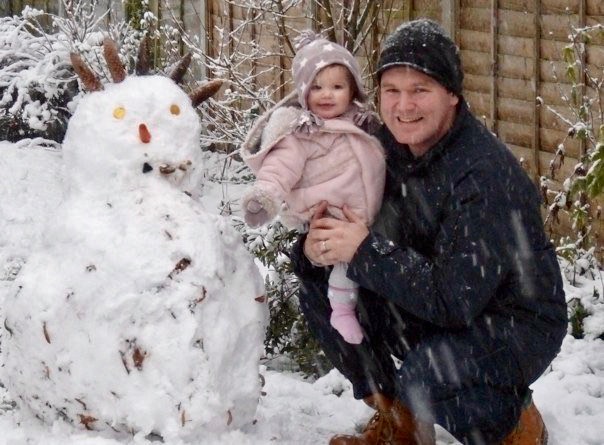 Now that’s a snowman!! My nephew and his children just a few years ago, happily posing with their spikey-haired creation. Just over a year ago he was attacked by a mystery illness and had to undergo a liver transplant, which saved his life. He has made a remarkable recovery and will be free to make many more snowman with his family this year, thanks to the wonderful NHS Organ Donation scheme and the selflessness of one woman and her family. Our family will be forever grateful. 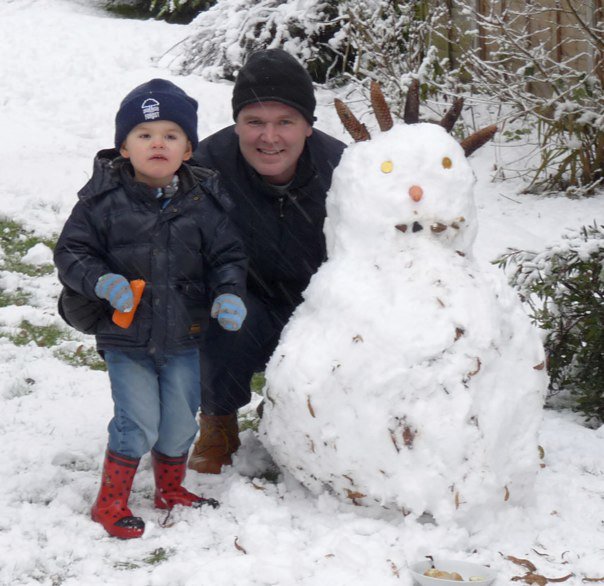 Now, if that has lifted your spirits, why not go and join other contributors to Sepia Saturday, where our prompt image was a snowman - or was it? 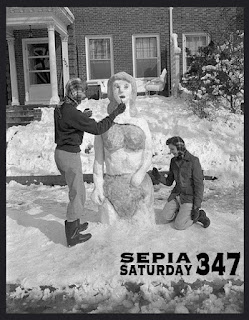