Something to Hold on To 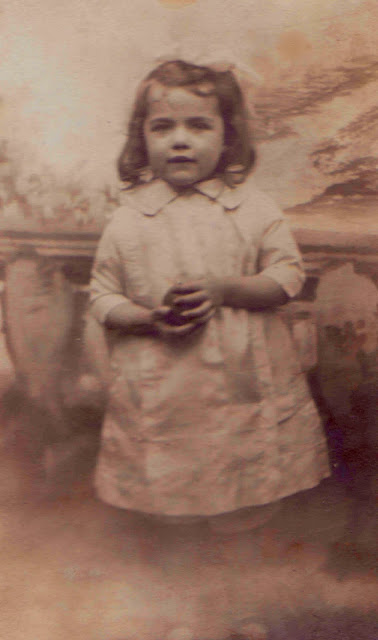 This is my mother-in-law, Mary, aged about two years. She was born in 1910 so it’s possible that this studio portrait was taken around the time of the Titanic disaster in April 1912. Our prompt picture for this week’s Sepia Saturday shows two brothers who survived that catastrophe. They were thought to be orphans and their photos were published in the hope that they would be recognised. Luckily their mother, who was estranged from their father, was later reunited with them. Their father was abducting them and hoping to start a new life with his children; sadly he drowned in the icy waters and the children were too young to give a lucid account.

Their story can be read here and there are other photos* taken on the same day of the two boys holding a variety of different toys, including a model ship! In the second photo here, and the prompt image, the older boy has a ball which has clearly taken his fancy. Mary too has been given a ball to hold; she was not an orphan and came from a comfortable middle class family, so there the similarity ends. 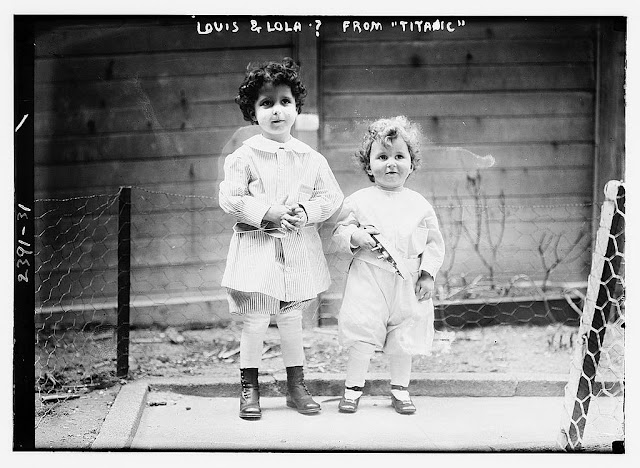 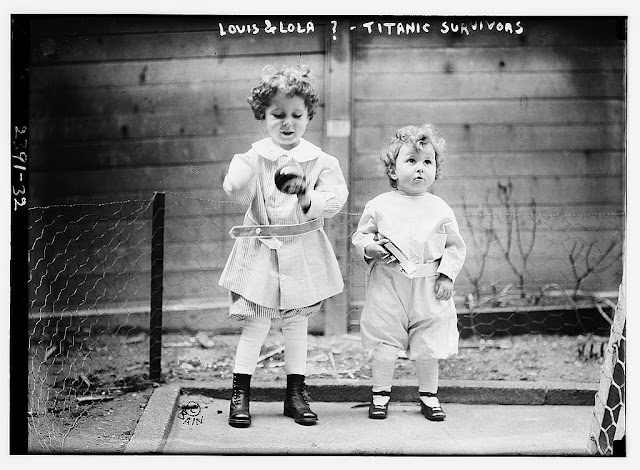 A flip through most people’s family albums will no doubt reveal numerous similar shots of toddlers posed with a ball, so why not join us this week at Sepia Saturday and see what other contributors have come up with to match the prompt.

* Library of Congress via Flickr
Posted by Little Nell at 12:02