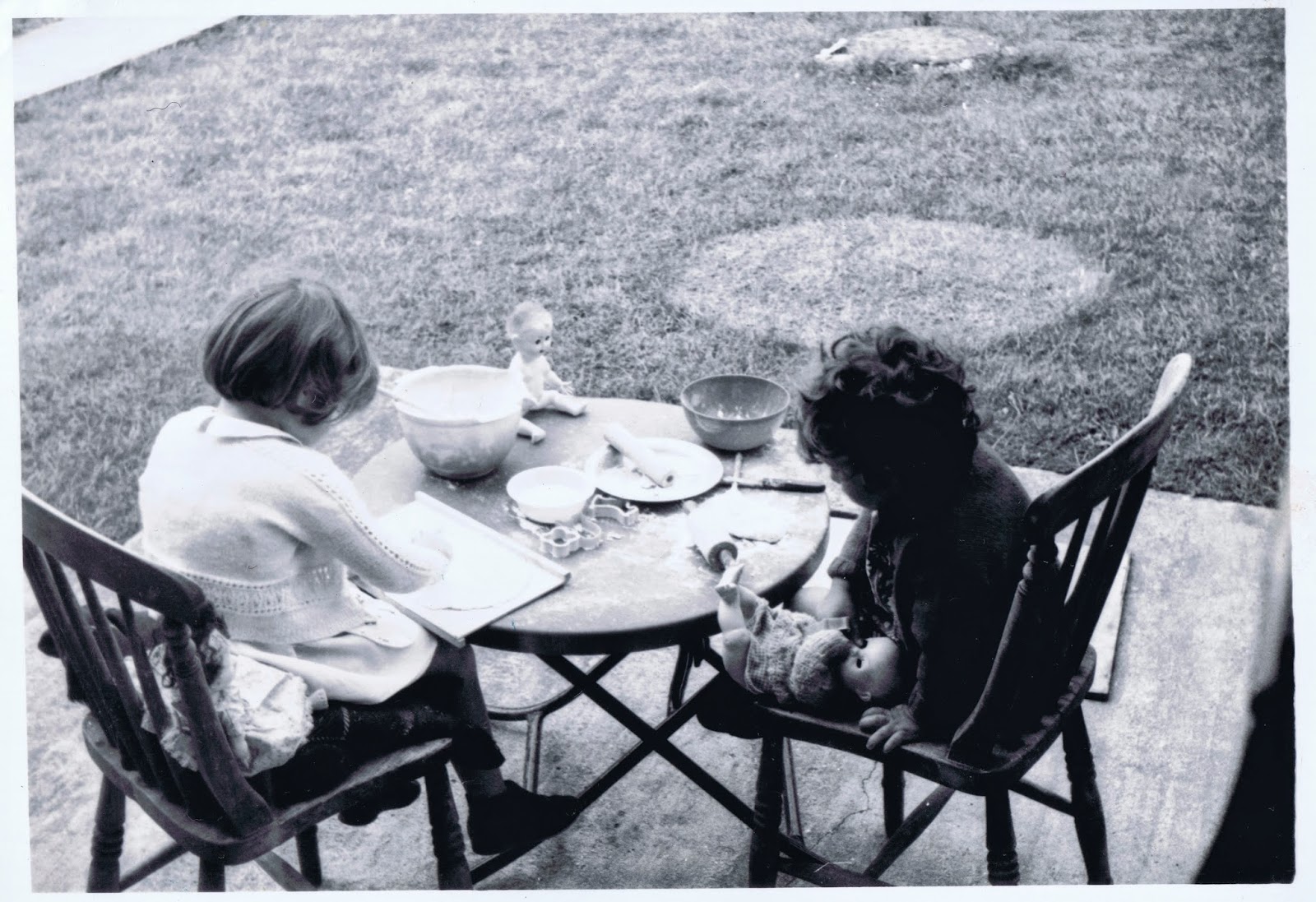 This week’s Sepia Saturday prompt has two little girls seated outside at a table with some kind of recreational activity. The above image comes once more from the album of my late sister-in-law, Gillian. It shows her daughters, our great-nieces, c1967 at their home in Buckinghamshire. The older of the two told me that they were probably making pastry and that, "We were always allowed to make a mess! I remember us all painting the box that the washing machine came in and Mummy made it into a little house for us. Lovely memories.”

The two sisters in the prompt image look quite inhibited, unlike our nieces, as they play with ‘Young England’s Floral Alphabet’. They would probably love to be have been allowed to make a mess, but were prevented from doing so for fear of spoiling their clothes. 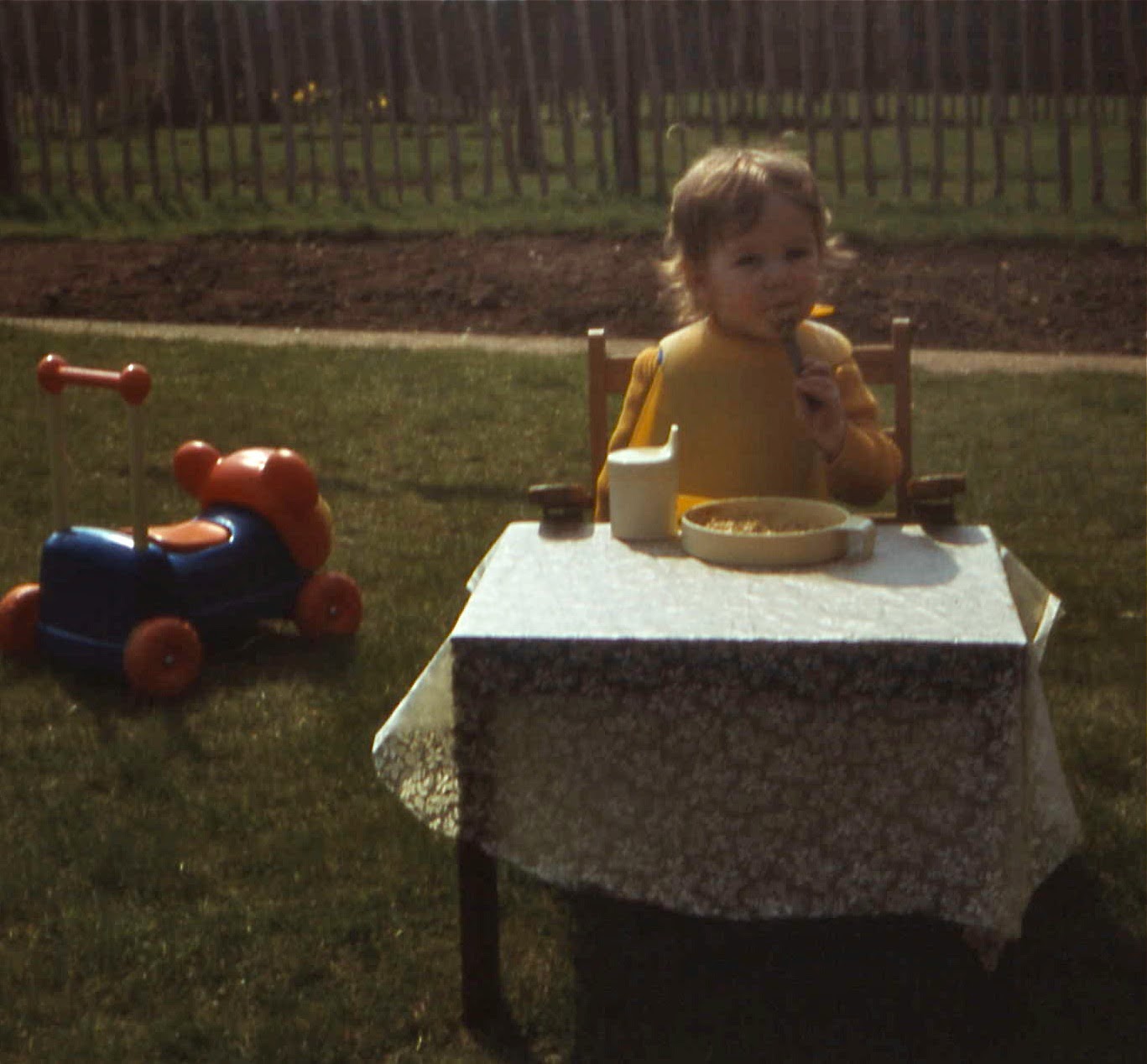 And here’s another young lady whose mother didn’t mind her making a mess; well she was eating her porridge after all!  This was my daughter, aged approximately 20 months (just before her younger brother arrived on the scene), enjoying an alfresco breakfast in 1979. In the background is the beloved push-along, Bruno.

Join other junior members of the Sepia Saturday crowd and see who else is seated at the table.
Posted by Little Nell at 05:27