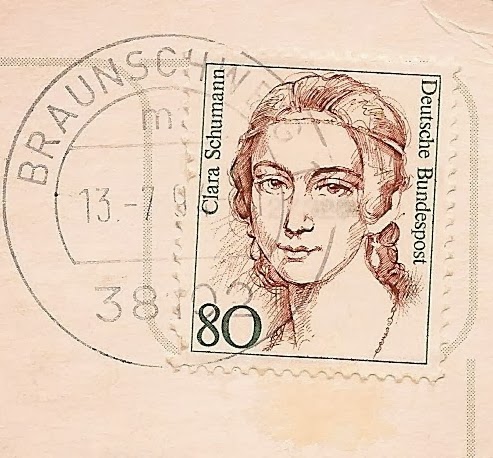 The lovely lady portrayed in the stamp is Clara Schumann 1819-1896, famous as the wife of Robert, the composer, but also in her own right, as an influential pianist. She was a remarkable woman in many ways and deserved to be honoured by the FDR in 1986 for her achievements in music. She was also the main breadwinner for her family through her concerts and teaching. Clara not only raised a large family of her own but took on the responsibility for her grandchildren when one of her own children was unable to do so. 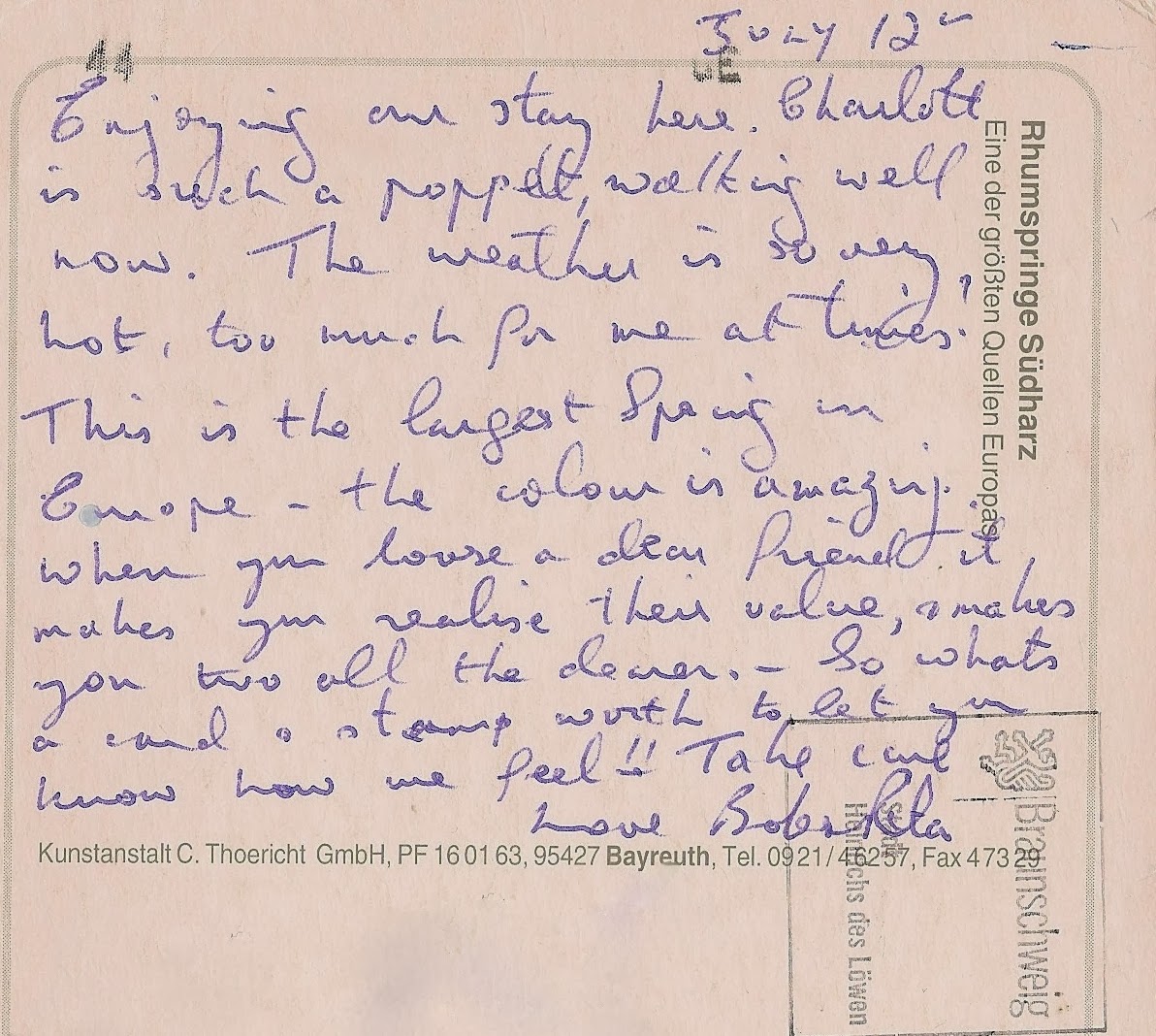 The stamp was affixed to a postcard from my godmother to my parents in July of 1994, when she would be staying with her daughter’s family in Germany.

I like the card because of the sentiment it includes. My godmother, ‘Aunty Rita’ had been my Mum’s friend since childhood and she and my ‘Uncle Bob’ were good friends of my parents, Sadly only Mum remains of the four, but I have many happy memories of my godparents and the many kindnesses they showed me.

This is the reverse of the postcard with the large spring my godmother mentions. It is in the Hartz Mountains and is the source of the River Rhume 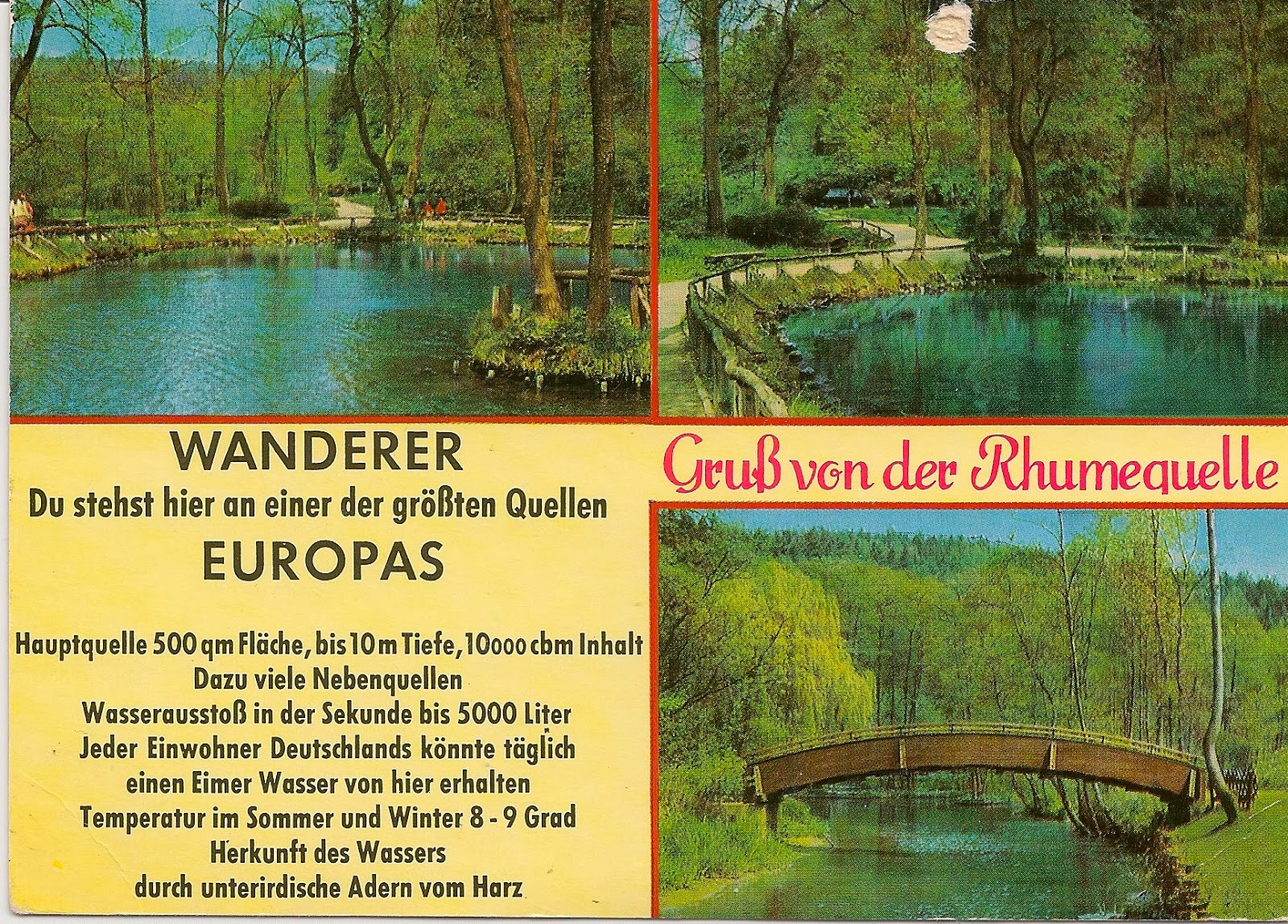 The two pictures below, taken in July 1989 at Wollaton Hall, Nottinghamshire, demonstrate the friendship between the two couples.

Viridian’s Sunday Stamps prompt today is Women on Stamps, as March is Women’s History Month in many countries and yesterday was International Women’s Day. I have very few postcards and only found one with a woman, but what a great find. Not only was the stamp of a remarkable and loving grandma but the sender of the postcard to which it was affixed also deserved to be remembered here. One of the generation who grew up in the 1920s and 30s when times were hard, who served her country in the Second World War, raised four children and was a loving grandmother to their offspring.  Of course she was also my mother’s very good friend and my godmother. Another lovely lady.

Email ThisBlogThis!Share to TwitterShare to FacebookShare to Pinterest
Labels: stamps