There are no sepia photographs of telescopes in the family album, which is surprising as the model being used my husband in the picture above, is his childhood telescope. It was given to him by his parents after a trip to New York in 1958. He still has it but these days he uses the binoculars, given to him by his colleagues on his retirement, to view both the passing ships in the Bocaina Straits, and the more distant heavens. On our Ireland trip we must have both been very relaxed, whilst my husband is enjoying his hobby I was indulging in mine, and some of you will remember this from my companion piece on my other blog, A Stitch in Time, where I recall the blackberrying and the chat with local dogwalker.

The Glengarriff ferry is possibly what was being viewed through the lens of the telescope, as I took the photograph above at the same time. These days it’s the Fred Olsen and Armas ferries we watch from our balcony as they make their crossings between Playa Blanca, Lanzarote, where we live, and the nearest Canary Island of Fuerteventura.


This one is just a little further down the coast from Seal Harbour, where I think we stopped for a cup of coffee from our picnic flask. A beautiful and peaceful spot.

Our Sepia Saturday picture prompt this week features telescopes and rocks, so here’s another picture demonstrating just how relaxing Seal Harbour was.


There’s nothing like a spot of  rock-pooling to help one unwind. We often go for walks along our coastal path here, and as the tide goes out we scramble down to see the tiny marine creatures temporarily displaced into the rock pools. It’s the Atlantic Ocean we see from our bedroom window (not the Mediterranean as some mistakenly believe); the same ocean which washes the shores of Ireland, so, yes, it is tidal, and sometimes on the cool side but this doesn’t stop my husband taking a dip. 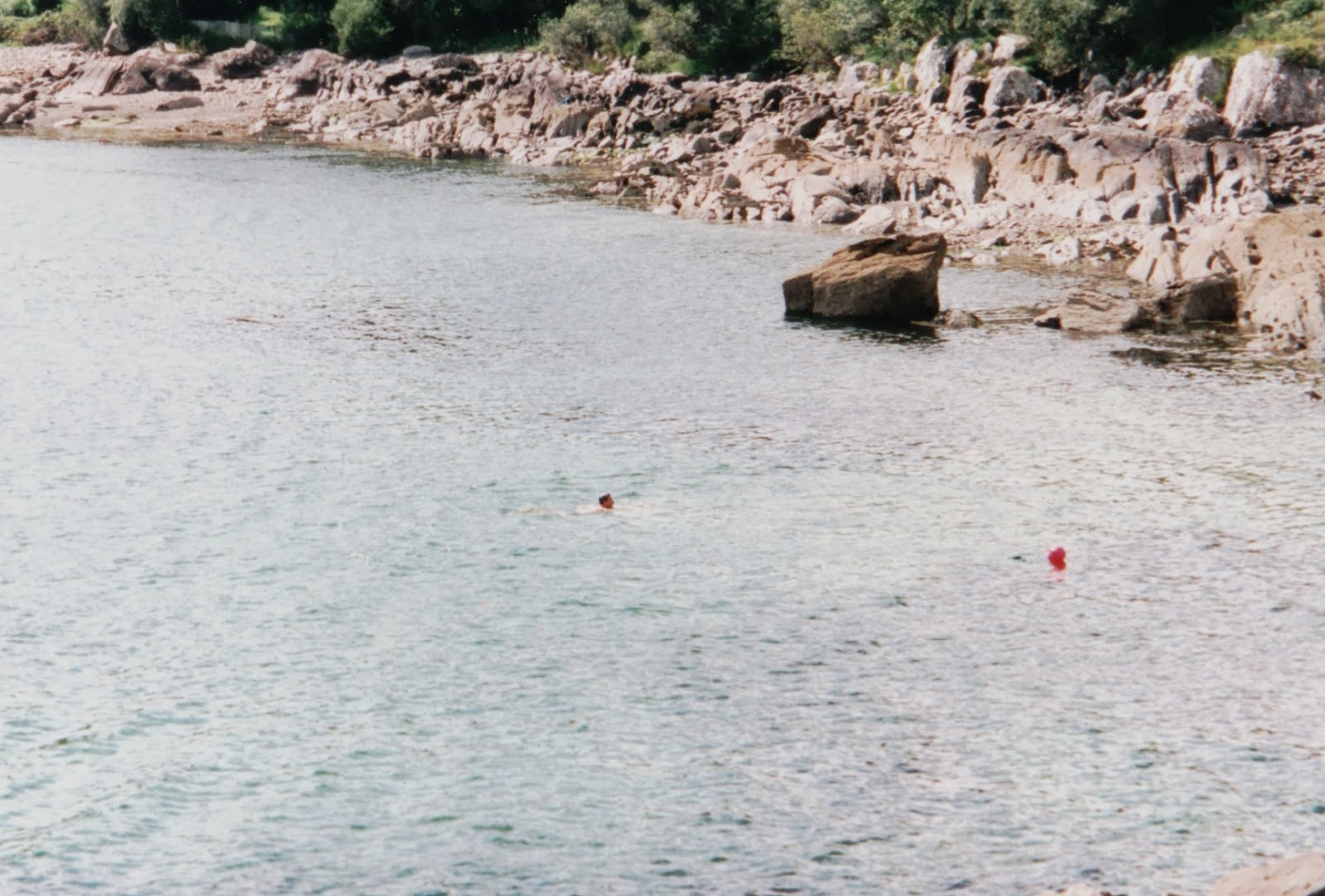 There he is in Seal Harbour again. There was no digital zoom in my camera in those days and I almost needed to borrow his telescope in order to see him. 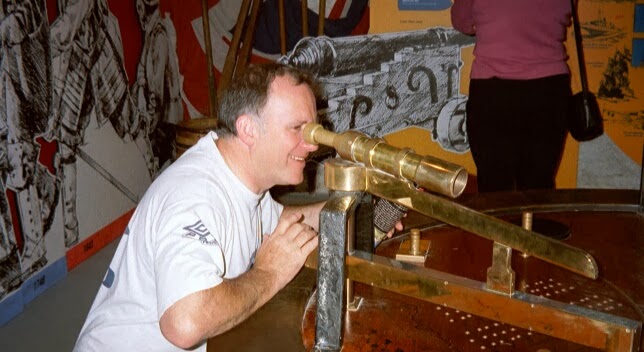 Here is our very good friend Ian, clearly enjoying whatever it is he is viewing. I think this one was taken in the summer of 2001 on our holiday in Cornwall, but I can’t be precise about the location I’m afraid.

In today’s Times newspaper there’s an article and chart, explaining what we can expect from the night sky in March and in which the recent findings of the giant Hubble telescope are reported. I can’t share it in its entirety as you would have to be a subscriber to view it, but the link will take you to the chart, together with the introduction to the piece, entitled: Brilliant Venus Rises before Dawn, by Chris Lintott. It’s aimed at a UK audience of course but I can quote from it, as I’m acknowledging the source:

A moderate pair of binoculars, accompanied by fairly good eyesight will reveal the four Galilean moons. These are large worlds — Ganymede is larger than Mercury, for example — and, thanks to the push and pull of Jupiter’s gravity they are, with the exception of distant Callisto, dynamic places. The volcanoes of Io and the subsurface oceans on Europa and Ganymede owe their existence to the changing forces they experience as they swing round on slightly elliptical orbits. According to recent results from the *Hubble Space Telescope*, when Europa is farthest from the giant planet it relaxes, allowing water from under the ice to be spewed out into space. Whether this happens frequently or was just an isolated episode is an open question, as is whether the water thus expelled comes from the deep ocean or from some source closer to the surface, but it is undoubtedly an exciting development.

For more exciting developments and discoveries you need to move into the orbit of Sepia Saturday, and see what other contributors found when they peered through their telescopes.
Posted by Little Nell at 08:32