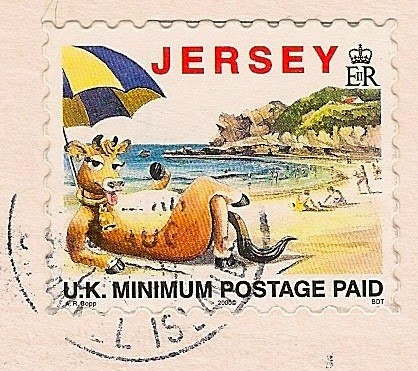 This week Viridian’s call for Sunday Stamps was farms and farm animals and she generously said we could interpret this widely. Just as well, as the only farm animal in my little handful of stamped postcards is this one. Unlike the beasts on the stamps from other contributors, mine is being rather lazy, actually doing a spot of sunbathing on one of Jersey’s magnificent beaches. Clearly she is worn out by providing all that rich, creamy milk, Jersey cows are famed for.

The Lazy Cow was affixed to this postcard, sent to my parents on 20th August 2000, from my Dad’s cousin. 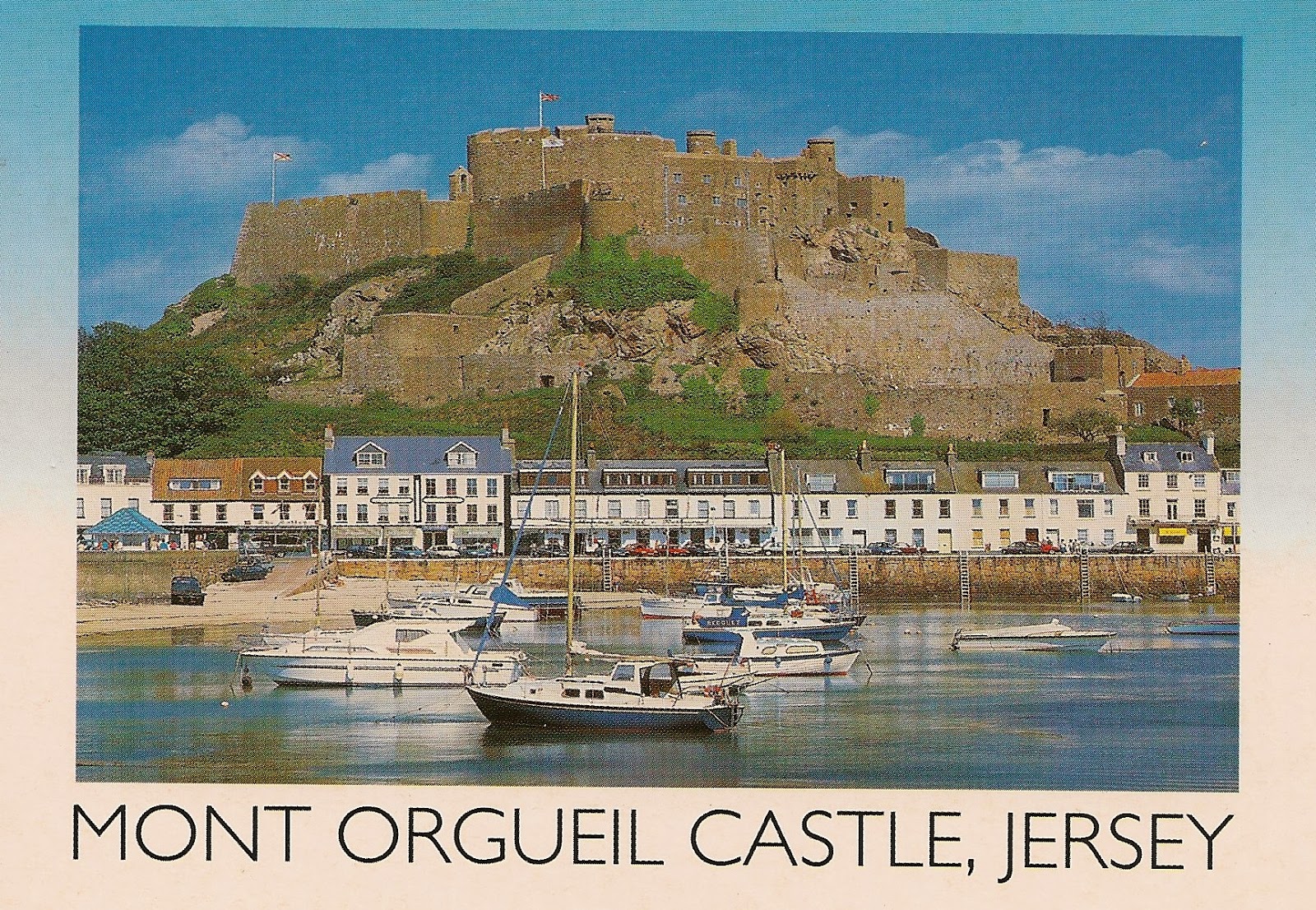 My husband and I had a happy holiday in Jersey a couple of years later, but it would appear that we didn’t send my parents a postcard - how remiss of us. Thank goodness for Dad’s cousin then.
Posted by Little Nell at 11:24