In Case of Need 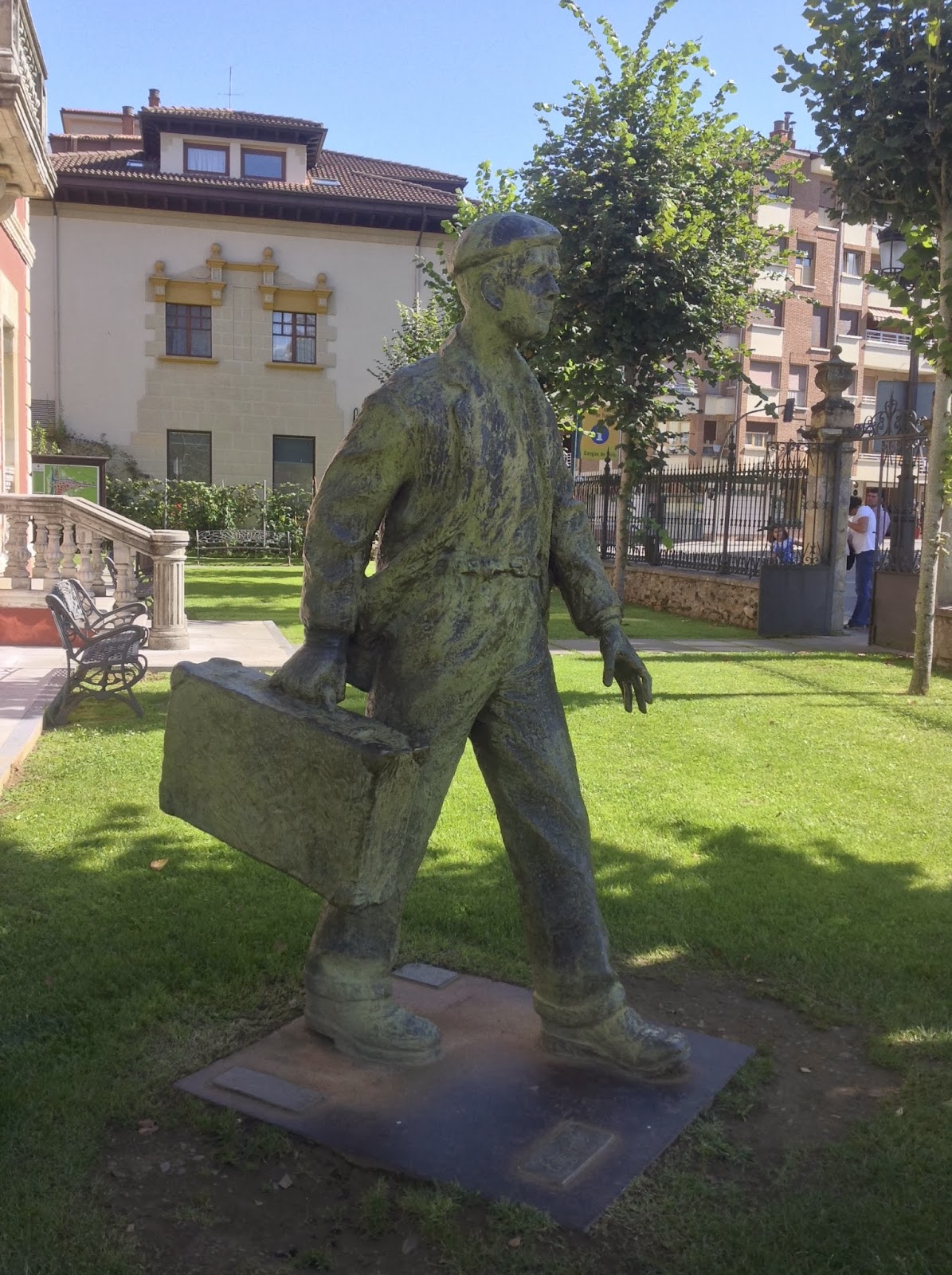 The statue on the left stands outside the museum in Cangas de Onis, the capital of Asturias, Spain. We visited the town in October last year as part of our tour of the North of the country. The beautiful region is steeped in history, but where does the young man on the left fit in, striding purposefully forward, suitcase in hand, full of good intentions and bright hopes for the future?

The label at his feet tells us that he is ‘The Migrant'. He certainly catches the eye as he gazes out towards the old Roman bridge in the town. From his dress we can guess that he is probably from the early to mid-twentieth century, but he clearly stands for all emigrants from the region, over hundreds of years, who set off with dreams of a better life. Most Asturians made for the Americas, taking with them the skills they had practised in their local industries of agriculture, coal mining, shipbuilding and metal working. Many suffered hardships and returned, but others settled and made a living, establishing businesses and schools.

I am indebted to fellow blogger Rob, who found that the sculpture was made by Ricardo Motilla as part of a twinning initiative with the town of Leon in Mexico in 2003.

Thanks to a detailed paper written in 1910(1) by Laura Martinez Martin a great deal is known about the life of one particular emigrant, José Moldes (c. 1860-1921) who was a prolific letter writer. Martin's study can be read on line courtesy of The University of Helsinki, where the Conference on European Ideas was held in 2008.

Here is José writing his first letter home at the age of just fourteen. He wrote 121 of them over a fifty year period. His legacy allowed Martin to reconstruct the experiences of just one of millions of emigrants.


Castropol, 8 April 1874
Dear mama: I take up my pen to show you my route from here to Coruña; so far thanks be to God I have lacked for nothing here, we are intending to make the trip on Friday; we will rent a carriage in Castropol, we are all well. I send greetings to everyone who asks after me and a kiss for my brothers and sisters and especially Florentino and finally to you with all my heart from a dear son W(ho) K(isses) Y(our) H(and).
José Moldes. 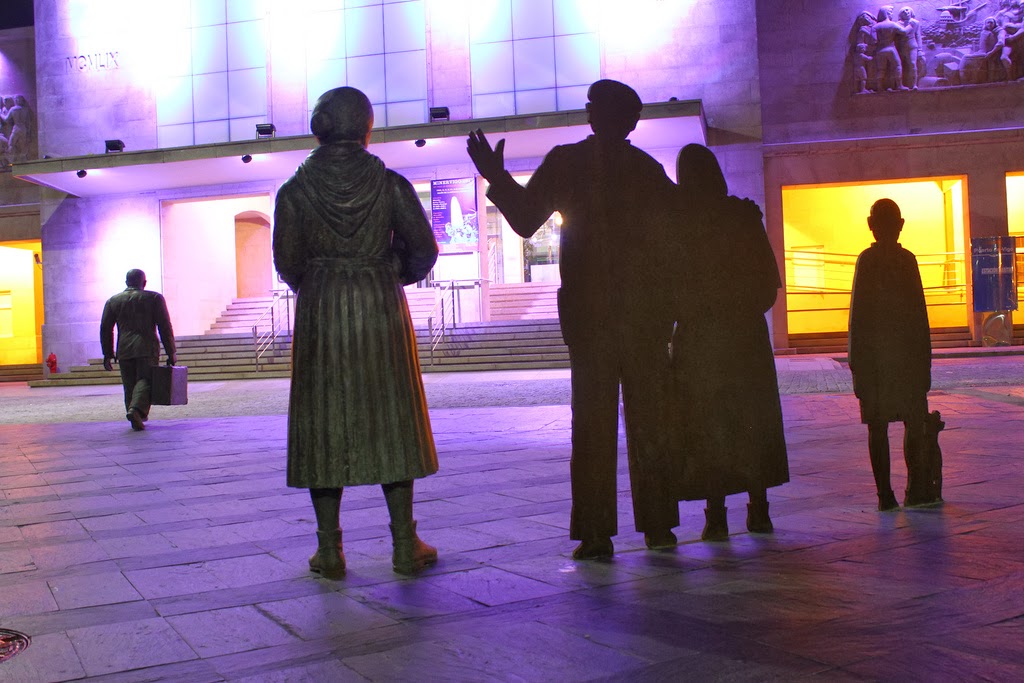 There are similar statues and memorials all over Spain. In neighbouring Galicia this moving portrayal of a family saying farewell to the emigrant, stands outside the Maritime Station in Vigo.(2)

There he goes suitcase in hand again, and with the same determined  stride, never risking a backward glance lest he should falter in his resolve. 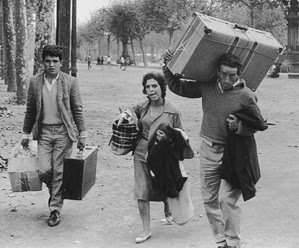 This family of emigrants (3) have as much as they can carry in those suitcases and parcels, but what did they have to leave behind?

Here in Lanzarote we know that many people emigrated to South America, but what is not generally known is that just sixteen families from here founded San Antonio in Texas. Caminante (better known to me as my husband) has written about this on his blog The Lanzarote They Left Behind in a post title ‘The Rôle of Water in the Decision to Emigrate from Lanzarote to San Antonio’. The title doesn’t say it all and it’s worth a read as it highlights the harsh conditions faced by the native Lanzaroteans back then.

At the Museum of Emigration in Teguise we were able to view many humble artefacts belonging to the early settlers; simple stoves, sewing machines and basic furniture. Their suitcases were there too, but most moving of all were the letters written to loved ones back home accompanied by sepia photographs of individuals and families by which to remember them.  My impression was not one of cheerful hope for the future but of grim acceptance of their destiny.

This week’s Sepia Saturday gave a suitcase picture prompt. Alan suggested that suitcases mean holidays, but they have also been the means for people to carry their few possessions when moving away from the place they call home and in search of a better life, prompted by necessity. how do they choose what to take and what to leave behind?  See what others have made of the prompt below. You’ll be surprised how much they can pack in.

1 The Correspondence of Asturian Emigrants at the end of the 19th and beginning of the twentieth centuries; the case of José Moldes
2 La Familia del Emigrante, designed by Ramón Conde and courtesy of Contando Estrelas through Flickr Creative Commons
3 from Museo de Arte Contemoráneo de Barcelona by Xavier Miserachs through Wikimedia Creative Commons
Posted by Little Nell at 11:14