Along For the Ride 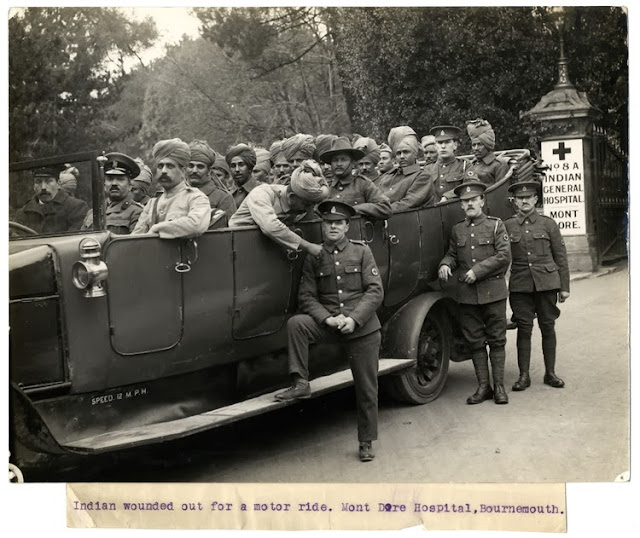 This photograph has already played a minor rôle in a previous blogpost, 'The Black Pepper is Very Pungent’ where I wrote about the Indian troops in the First World War. I was very taken with the casual pose of the soldier with his foot on the running board, and the wounded Indian soldier leaning towards him as if to adjust his collar, brush away an imaginary crumb or hand him a tip. Perhaps he is trying to catch the soldier’s attention to make a point, but I do wonder why he is so innatentive when everybody else is clearly looking stratght at the camera! The 1915 photograph, taken by H.D Girwood (1978-1964), comes from the British Library collection via Wikimedia Commons. The charabanc would only trundle along at 12 M.P.H apparently so it would be a gentle jaunt and very appropriate for convalescents who were out for a breath of the Bournemouth sea air. Our photo prompt for this week’s Sepia Saturday is a convoy of tourist vehicles of some kind from the Royal Australian Historical Society collection via Flickr, and reminded me of this charabanc used by the Mount Dore hospital.

And here is another line of vehicles preparing to set off. This is a supply column waiting to load at the railway in the same year as the above. Please click on this link to view the image through the wonderful British Library manuscript viewer which allows you to home in on the tiniest detail. 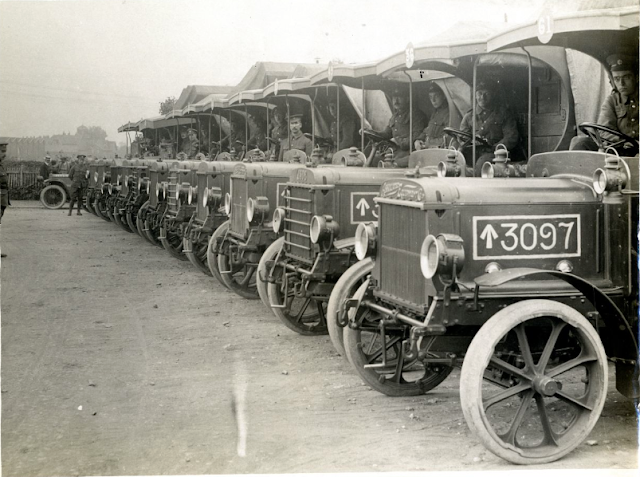 The last image, from that same British Library collection, shows a uniformed Maharajah (on 2nd August 1915) with a convoy of ambulance cars. Again, click on this link  to view the microscopic details. Not such a merry jaunt as the walking wounded at Brighton, nor the tourists in Australia but it fits the bill as far as answering the call for this week’s theme. 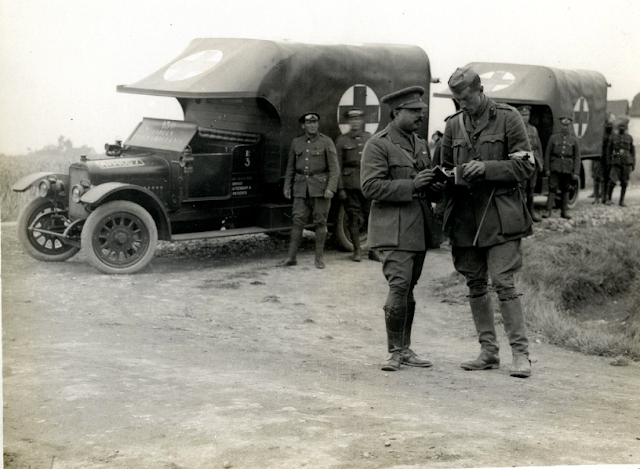 For more more jolly jaunts jump aboard the Sepia Saturday bus number 209, and head straight for 2014 and a full year of sepia surprises.