Getting to Know Guernica 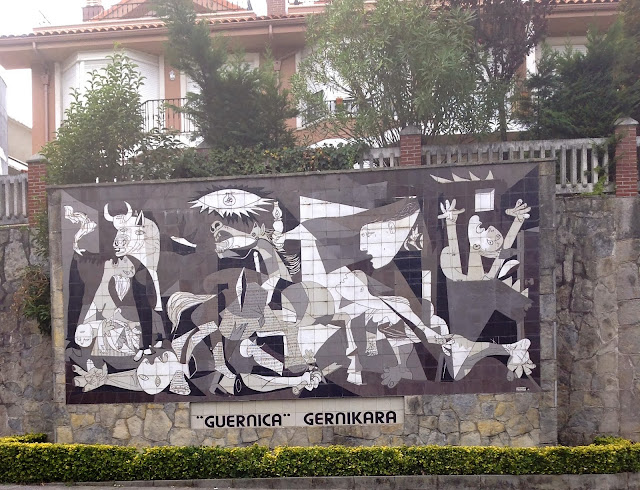 Most people are familiar with Picasso's painting, but how many know the background to it? The picture above is of course not the original painting which is housed in the Reine Sofia in Madrid, but a full sized ceramic representation which stands in Guernica itself. I first became familiar with the image as a teenager when a reproduction hung in my school. I knew nothing of the terrible scene it depicts but I have learned more over the years and our recent trip to the Basque Country allowed me to get to know Guernica much better. It was day one of our week's tour and we were en route from Santander to San Sebastián.

Guernica was founded by Count Tello in 1366 and its strategic importance lay in the fact that it was at the intersection of several main routes as well as a major river estuary where ships could dock. When the Domain of Biscay was incorporated into the kingdom of Castile, the king and queen would visit to swear an oath under the famous Tree of Gernika, pledging to maintain The Basques' ancient privileges. In time the oak came to symbolise Basque Nationalist Pride and although the original remained in place for four hundred years, and its replacement withstood the 1937 bombings, the current Gernika Tree was planted in 2005 to replace it  when a heatwave finished it off after 146 years.

It was those bombings during the Spanish Civil War, which give Guernica a unique place in modern history. Much has been written about the attack and more can be found here, but what Picasso was depicting was the combined onslaught of Italian and Luftwaffe aircraft for four hours on the afternoon of April 26th 1937. They had been called in by Franco's Nationalist forces and the town was razed to the ground with very few building remaining and the effect on the civilian population was devastating. 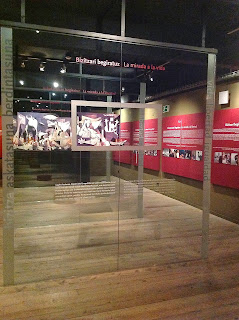 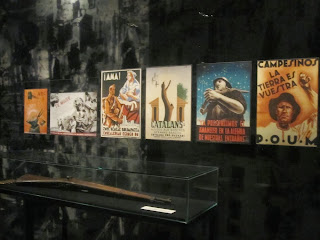 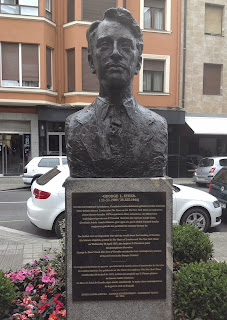 We visited the Peace Museum where an extremely enthusiastic and helpful steward ensured that our visit was memorable. For just five euros each we spent an hour admiring the excellent exhibits, including a gallery of paintings to illustrate the Human Rights Charter, and being immersed in the interactive displays. Perhaps the most moving was the audio-visual experience combined with sound effects and eye-witness accounts of survivors of the tragedy. 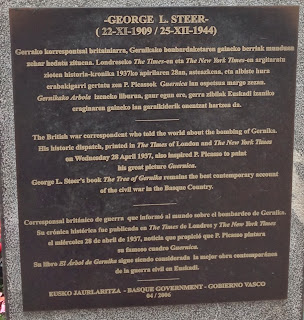 George L Steer was The Times war correspondent whose eyewitness accounts of the bombings did much to inspire Picasso's painting. He described German bomb casings and the use of thermolite to create a firestorm in the town. 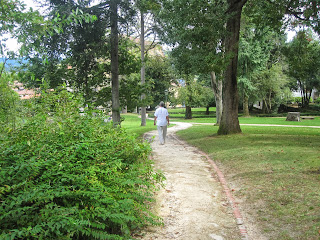 In a park at the top of the hill stands a vast sculpture by Henry Moore, 'Large Figure in a Shelter', part of his War Helmets collection, along with one by Basque sculptor Eduardo Chillida, 'Our Father's House'. These were installed to represent Guernica's status as a city of peace and the setting is indeed quiet and tranquil, allowing us to listen to the birdsong and enjoy a few moments of quiet reflection. 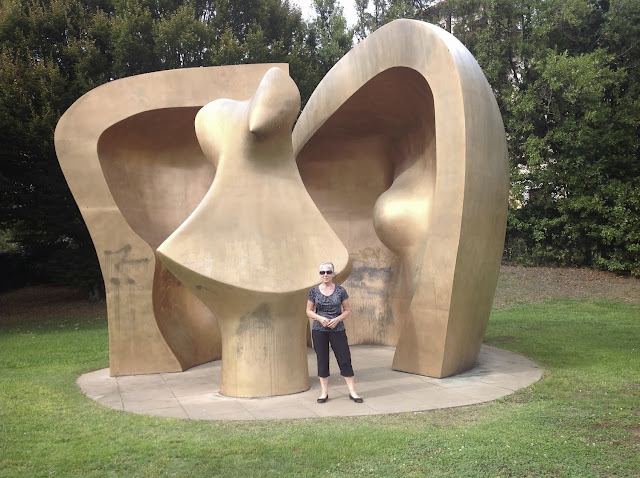 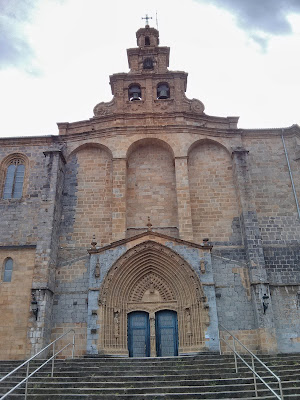 The city is rightly proud of its work to promote peace and the Gothic style Church of Santa Maria, one of the few buildings to survive the bombings, is testimony to those efforts as once again we found the setting quiet and calming. There were no worshippers as this was a mid-week afternoon and  just a few tourists, and pilgrims were visiting. 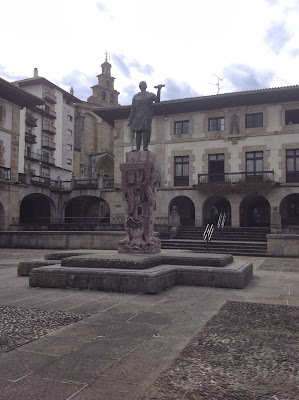 In Fueros Square near the town hall, cultural centre and the convention centre, stands the figure of the town's founder Don Tello, sword and scroll in hand, and with Santa Maria in the background.

It wasn't all culture; we were hungry tourists and full of enthusiasm on our first day, so, at the suggestion of the helpful lady in the tourist Information Office, we bought book of a tickets for the Pinchos Route. The idea is that you select one item (pinchos are tapas) at each establishment, but I think our timing was off and the selection wasn't huge at midday. We managed a couple each and called it a day.

It was in Guernica that we spotted the first of many statues we were to encounter on our tour. This was Jose Maria Iparragirre, guitarist and author of the hymn 'Gernikako Arbola' (1853) about the oak tree which means so much to the Basque people . 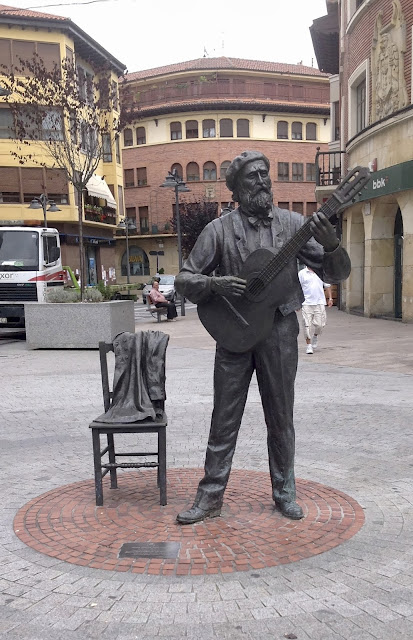 Holy Tree do not fall, without your sweet shadow we are lost.