A Sable in a Cedar 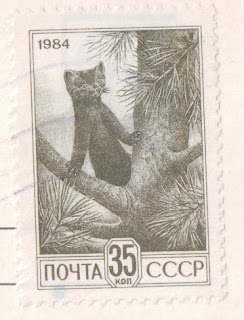 This stamp from the Soviet Era doesn't commemorate any event, and compared with some of the other Russian stamps issued during 1984 it's quite ordinary. It depicts a sable, which is a species of marten, inhabiting forest environments. I bet my Mum didn't know that when she paid her 35 Kopecks and stuck it on (rather wonkily) to a postcard she was sending to my father back home in England. It may be humble sepia-toned drawing on a basic postage-paid stamp, but it's linked to a magical memory for my mother.

In 1984 she expressed a wish to visit Moscow, my father expressed a desire to stay at home. At this time they had been married for forty-two years and were well used to each other's ways. My Dad gave his blessing for Mum to take herself off on a six-day holiday, whilst he enjoyed some quiet at home. She and a widowed friend had three days there and three days in St. Petersburg. Here's the card she sent home, clever lady, providing me with a subject for the blog. She had a wonderful time, one of the highlights of which was getting lost in Moscow. 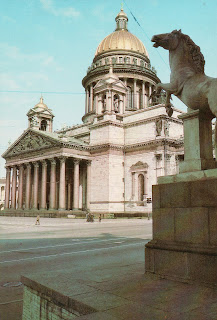 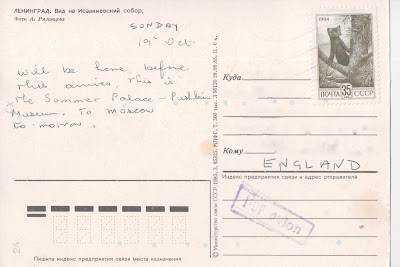 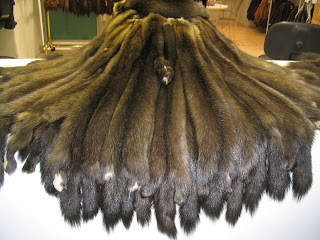 These sable skins show why the the fur has been so widely prize since the Middle Ages. Apparently it's unique in that it doesn't have a grain, and whichever way you brush it, it looks the same. Personally I prefer to see it on the living animal.


Viridian at Sunday Stamps has asked for examples with wild animals on, and this was the only one in my very small collection.
The sable is a rather lovely animal, and wouldn't you be wild if you thought someone was hunting you for your fur?
Posted by Little Nell at 09:47