I was feeling a bit silly this week, which accounts for the rather laboured effort below. Still, it was fun. If you don’t know the John Betjeman original ‘Death in Leamington’ on which this is loosely based, click here. There’s probably a name for taking a word from the last line and sticking it somewhere near the beginning of the next; 'chain verse' rings a bell. Watch out Orson is coming to get you for grassing him up! Put that crossword down! 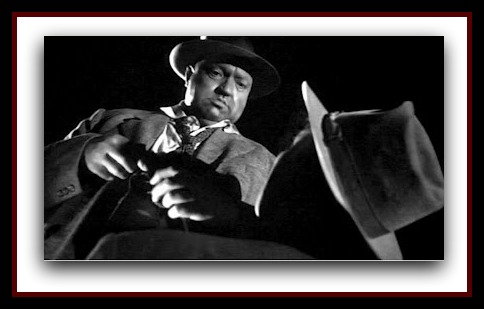 Death in Islington
He died in the upstairs bedroom.
The bedroom door was ajar.
A jar was lit with a ghostly glow,
Aglow ‘neath the ev’ning star.
Beside him the lonely crossword,
Cross words had been exchanged.
No change of heart towards the end,
His end had been arranged.
His wife came in with the tea-things.
Things just didn’t seem right.
Right away she had grasped the scene,
Seen murder had come in the night.
She closed the big round windows,
The windows into his soul.
Soullessly lit the mantle,
A mantle of secrecy stole.
And “Ed?” she cried in a tiny voice,
Voicing her innermost fear,
“I fear that you have breathed your last.”
The last words he would hear.
Do you know that there’s blood on the carpet?
A carpet of weeds on the grass?
A Grass dies alone for his crime,
A crime that they couldn’t let pass.
She looked at the silent sofa.
So far she had kept fairly calm.
“Call M for Murder!” she suddenly cried,
“Ed never did anyone harm!”
She moved the table and puzzles,
Lest blood should drip from his head,
Ed’s murderer’s name was written,
Ten down, twelve across, all in RED.
© Marilyn Brindley
The image is Orson Welles in the Film Noir 'Touch of Evil’ Tess’s prompt in The Mag this week.
Posted by Little Nell at 09:31