Carmi at Writteninc. has asked us to photograph examples of anything ‘past its prime’ for his Thematic Photographic challenge this week. Leaving aside the obvious, I’ve chosen these shots, taken over two or three visits, to different locations around the island of Lanzarote, where I live. 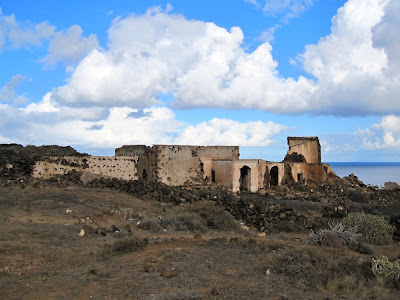 This ruined farmhouse in Guatiza, is definitely past its prime. We were there again yesterday, surveying the ruined rooms and wondering about the people who used to live there. It’s in a lovely setting, with views of the sea and surrounded by what was once agricultural land. And therein is the problem; with the advent of tourism came the demise of agriculture and fishing on the island. It still goes on of course, but not in the numbers it once did. The result is that all over the island we can find abandoned buidings, where the occupants have moved into more lucrative occupations. Their old jobs would have been backbreakingly hard, on an island that sees only five days average rainfall a year, and all water is desalinated sea water. Who could blame them for following the lure of the bright lights in hotels and restaurants? 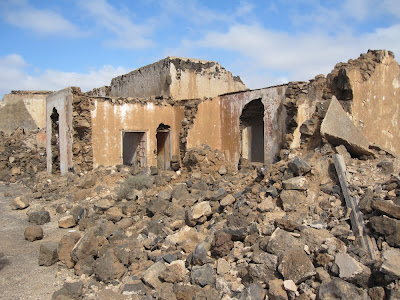 The law says that buildings may not be demolished, but shoud be allowed to crumble away gracefully. I’m quite pleased that they do, as these old edifices provide a kind of sculpture in the landscape, which changes slowly over time as pieces fall away. Carmi says, “There is a certain degree of poetry associated with things that may once have been pristine, but no longer are." 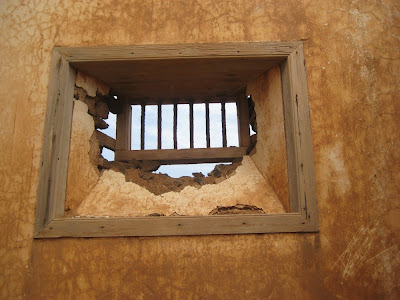 A little further down the coast at Agujeros, near the old salt pans, we find these lock-ups which is where the salt was stored and shipped from this tiny harbour. These days families come down at weekends and use the places like beach huts, chatting, barbecuing and swimming. 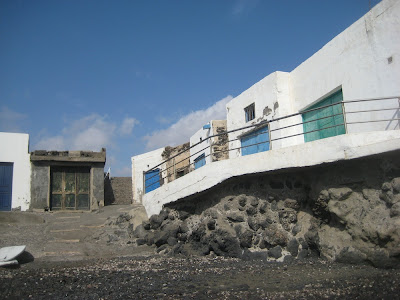 And for a building that really stands out like a sore thumb, here’s one at Punto Mujeres, where someone has let his neighbours down by not painting the outside of his house. 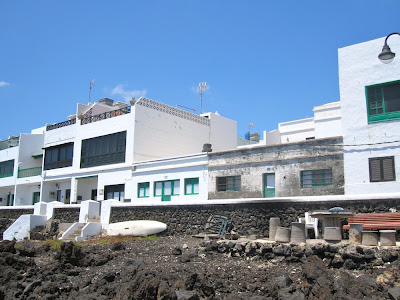 In a back street of the capital, Arrecife, a stone’s throw away from bustling avenues and chic shops, were these two, once grand, doorways. I really would like to have known what went on behind that door!

From Green Door, sung by Shakin’ Stevens, and to be clear it was the song I was referring to, not that film! 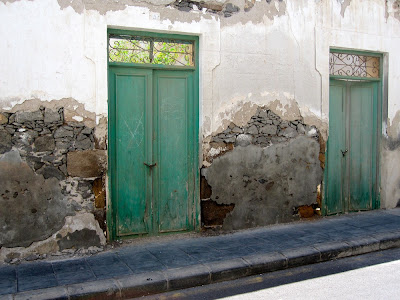