This etching by Wenzel Hollar (1607-1677) of Salisbury Cathedral is about as sepia as it gets and so I offer is as my submission for Sepia Saturday. Salisbury is my spiritual home, where I lived and taught for more than twenty years, and where the view from the bedroom window was of this magnificent building. 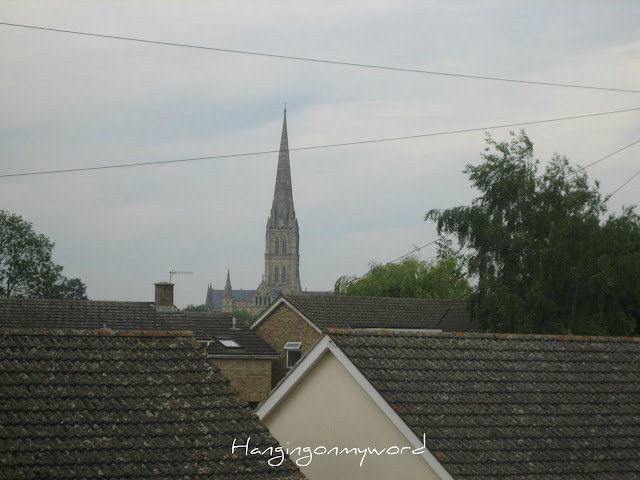 I have wonderful memories and photographs. Sadly none is sepia (as I am far too young) and hundreds can be found in the many publications of old Salisbury photographs. As cathedrals go Salisbury is pretty tall but its spire is the tallest in the British Isles (123m). The cathedral close is also the largest in Britain, allowing the visitor to admire its towering majesty unfettered by the proximity of other buildings. The cathedral houses Europe’s oldest working clock (AD1386) as well as the best-preserved of four remaining copies of the original 1215 exemplification of the Magna Carta. 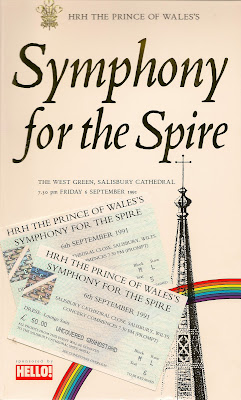 But enough of facts let’s share some photos and newsclips. About twenty-five years ago that very famous spire was under threat of collapsing, unless some major restoration work was carried out. The Spire Appeal was launched with HRH The Prince of Wales as president. As part of the fundraising effort a ‘Symphony for the Spire’ took place on the West Green on 6th September 1991 and we were privileged to attend. An unforgettable and magical experience with: Kenneth Brannagh, Phil Collins, Placido Domingo, Peter Donohoe, Ofra Harnoy, Charlton Heston and Jessye Norman. The concert was broadcast on BBC television and radio. Almost all outdoor productions at the cathedral concluded with a firework display; Last Saturday was the final day of Salisbury International Festival and this meant a Party in the Close with scenes like the one below at a performance of Carmina Burana. 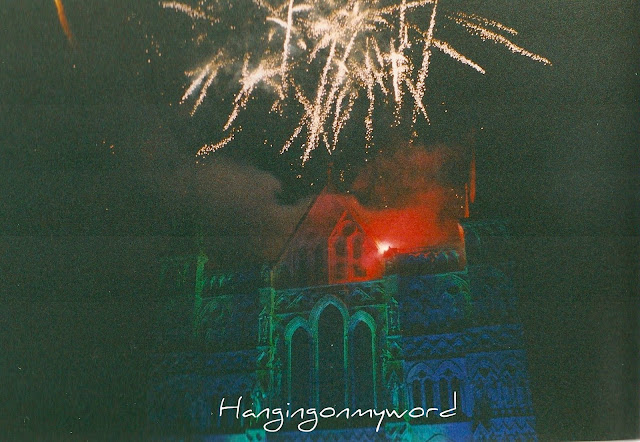 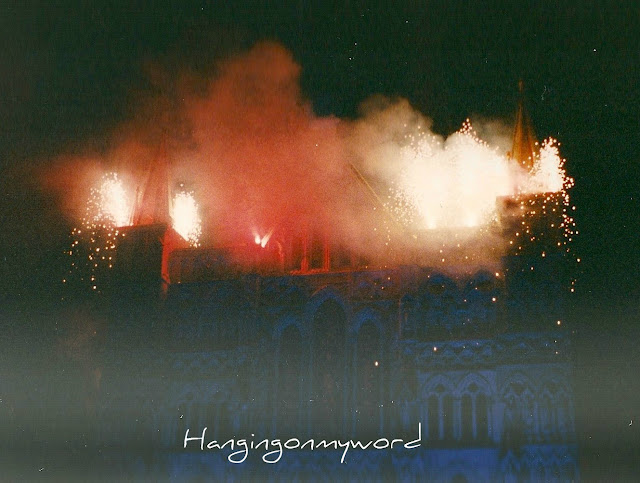 John Constable painted the Cathedral and the Water Meadows several times and was inspired by views like this one of Heavenly peace. 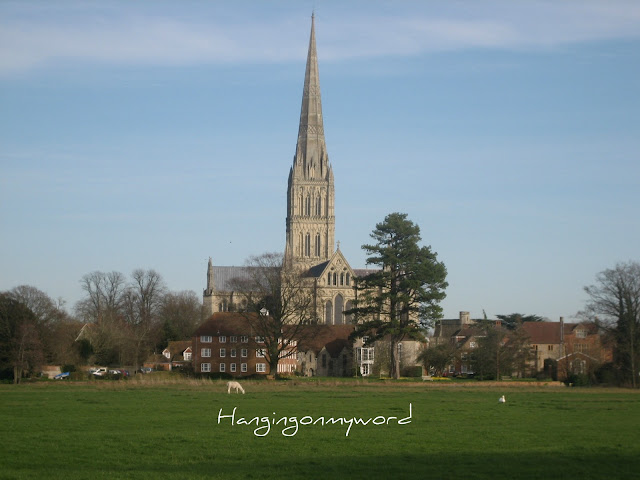 The picture that captures what that view of the cathedral meant to me was the one I took on the morning I left our house, to emigrate, at the end of September 2009. 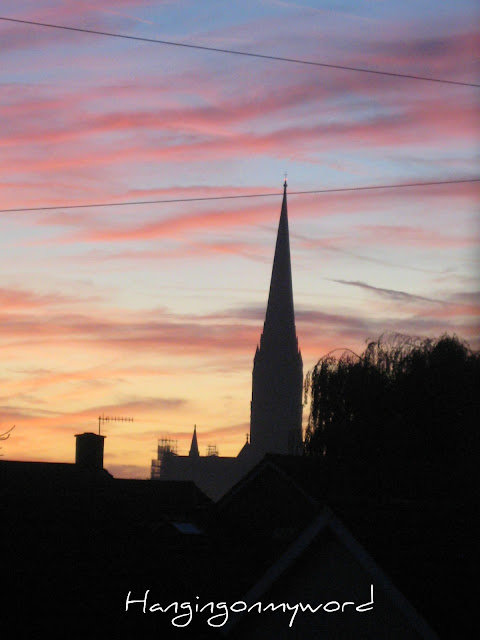 A maginficent sunrise! Birds were still singing with the dawn, there was the sound of a water bird disturbed from its roost, and an early morning mist was rising from the Water Meadows.
Posted by Little Nell at 15:58